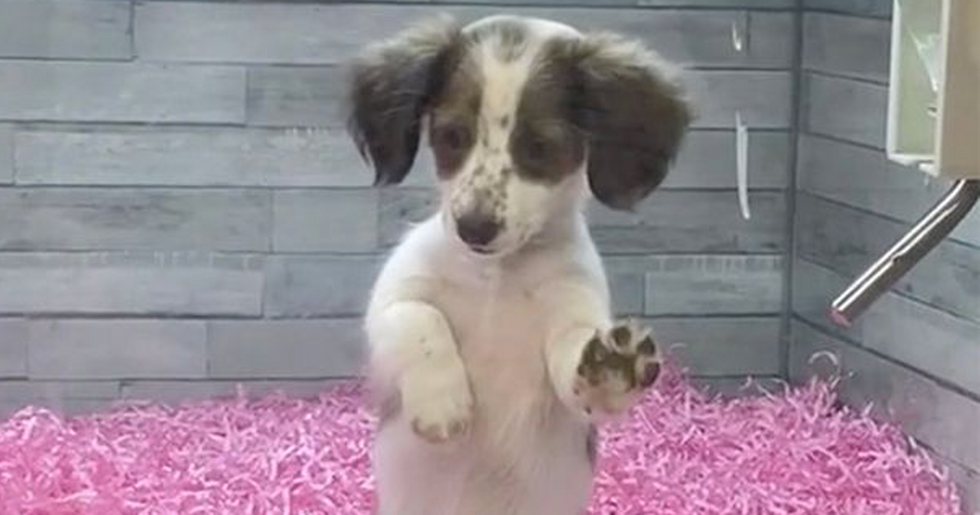 The whole world is obsessed with dogs,  you can't go a day without seeing a cute dog video online.

One TikTok video has gone viral after a pup tried everything he could to stop his best friend from being taken away. And it's turned everyone into emotional wrecks...

Which is why many dogs that end up in a shelter form such strong bonds with other pups around them.

Though some end up getting rescued and eventually adopted into new families.

But for those that are left behind, it's like losing a best friend.

Which is what happened to one pupper.

Who gained quite a following after a video of him saying goodbye to his best friend went viral.

The heartbreaking video started with a little sausage dog standing on its hind legs.

Propped up against the window of his cage.

He can then be seen pawing at his cage.

After its friend was taken by his new family.

He is left staring at the pooch opposite.

Who is being held on a leash by Dayana Davila, who was looking at buying the dog.

The emotional video has led to multiple comments by enraged TikTok users.

Asking how she could possibly leave the other dog behind.

The sad dog who has been left alone turns to Dayana as if to ask her not to take his friend away.

People were even willing to fund her for the price of the other pup.

The TikTok went up earlier this year.

And has been viewed over 15 million times!

“This broke my heart, I was about to take her best friend away," she said.

After receiving way more responses than she thought she'd get on her original video, Dayana decided to post an update.

She said: “You guys are wondering if I got two puppies or if I only got one."

“Well, I didn’t get either of them because I couldn’t afford them both."

She didn't want to leave either one on their own.

“I’ve been wanting a puppy for a long time so I don’t really know what to do, maybe go to a shelter or maybe I can save up some money and go back and get them."

Obviously she wasn't going to leave one of them behind.

And she actually did the sensible thing by not taking them both as she wouldn't be able to afford the costs that come with them.

Although she has had some exciting news since her post in May.

Dayana has finally bought a puppy!

And it's neither of the sausage dogs.

Although we're quite sad the pair haven't been re-homed together yet, we're just glad they've still got each other.

Let's hope they get adopted soon! Check out the TikTok below...

Keep scrolling to see the lengths one woman went to, to rescue a stray dog she met on holiday...