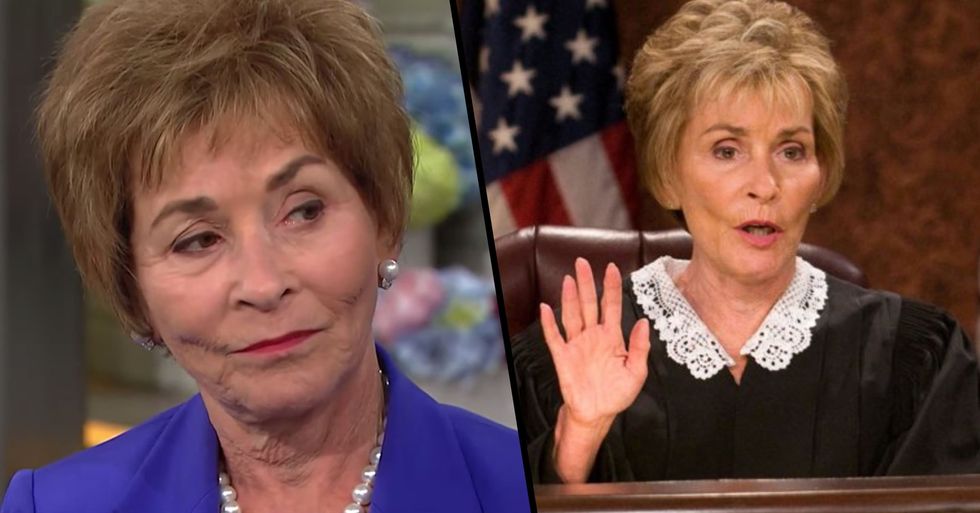 Word on the street is that after twenty-five seasons, one of the most iconic reality TV shows is now coming to an end. Judge Judy Sheindlin has revealed some important details about why it's now time to call it quits after solidating such an illustrious career in the business.

Stick with us as we count down some of the best moments on Judge Judy as well as reveal the shocking reasons behind the decision...

Judge Judy is one of the best shows on TV.

When the show began back in 1996, we thought we were expecting a serious take on courtroom cases.

I mean, we did get that to some extent...

But often, they turned out to be petty arguments between ex-best friends or spouses who clearly couldn't find the resolve to their problems behind closed doors.

And with these cases, comes iconic lines from Sheindlin.

In order to deal with some of the defendants and the prosecutors, the judge decided she would pull out some savage one-liners that cemented the show's reality TV legacy. Here are some of the best ones.

“I want first-time offenders to think of their first appearance in my courtroom as the second-worst experience of their lives. Circumcision being the first." Yikes.

“I eat morons like you for breakfast. You’re gonna be crying before this is over." Talk about a powerful woman!

Judge Judy: “Who are you?" Witness: “I’m here for pain and suffering." Judge Judy: “Yours or mine?" I laughed way too much at this one.

“Don’t try to teach a pig to sing. It doesn’t work and it annoys the pig." I think everyone's annoyed at this point...

“When you can’t look at me in the eye and tell me the story, that means you’re lying." Case closed.

“Do you know how old I am? Do you realize that every second of my life is precious?" Judge Judy has a few jokes of her own.

“Two people can’t talk at the same time. When my mouth is moving, it means that you need to be quiet." She doesn't play games.

“I’m here because I’m smart, not because I’m young and gorgeous… although I am!" We stan a confident woman.

“This is my courtroom and I can say what I want. When you become a judge, we will talk." Now that's how you put your foot down.

"Don't pee on my leg and tell me it's raining."

But it seems as though these iconic times are going to be coming to an end...

While on The Ellen Show, Judge Judy Sheindlin revealed that, after twenty-five long seasons, the show will be calling it quits in 2021.

The seventy-seven-year-old plans to focus on something else.

Those of you that think she's ready to take a rest: You're wrong. Her plans involve focussing her time and energy on the rebooted version of the show named Judge Justice.

This is what she said:

"I've had a 25-year-long marriage with CBS, and it's been successful; next year will be our 25th season, silver anniversary. And CBS sort of felt, I think, they wanted to optimally utilize the repeats of my program, because now they have 25 years of reruns; so what they decided to do was to sell a couple of years' worth of reruns."

This is the prime reason why the reality Tv veteran doesn't plan on taking a break from the spotlight. Judge Justice will be coming out the following year.

Or maybe it's her salary that makes her come back...

Sheindlin earns the highest pay-check of any other daytime reality star, coming in at a whopping forty-seven million dollars!

But she did say this:

"If you're not tired, you're not supposed to stop, we talked about that the last time we were here," so maybe it is the love for her unique job that keeps her coming back.

It seems as though she never plans on stopping.

Let's hope Judge Justice gives us more iconic one-liners and the wholesome, trashy TV content that we're all craving. If you want to read more about how The Ellen Show gives people the opportunity to shine, keep scrolling...