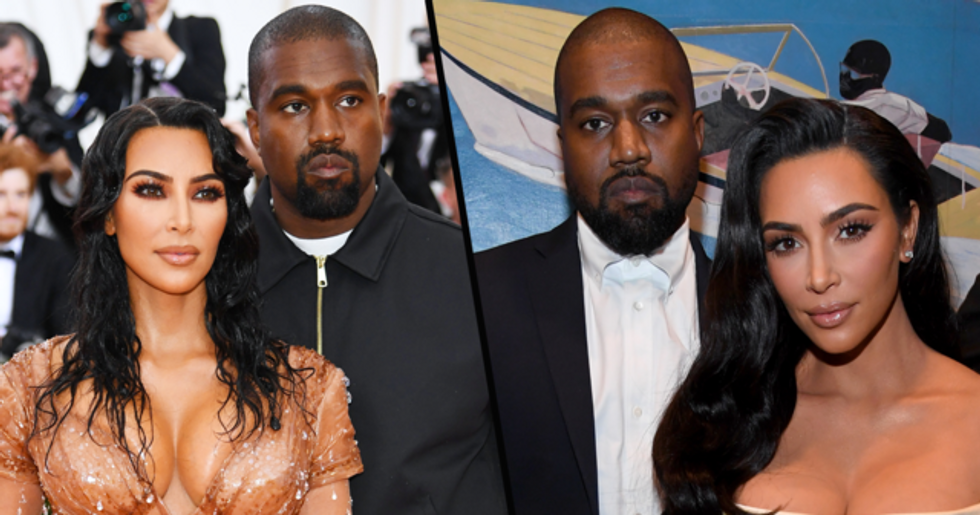 There is apparently trouble in the Kardashian-West paradise amid the ongoing lockdown, as Kim and Kanye aren't getting along as well as they once were...

After the reality star began dating the music icon in 2012, their romance quickly blossomed.

Their wedding ceremony was as over-the-top as you'd expect, lasting an entire weekend with stops in European hot-spot destinations, Paris and Florence.

And they wasted no time in starting a family.

In December 2012, just months after announcing that they were a couple, Kim revealed that she was pregnant with first baby, North.

And, since then, their family has quickly grown.

But, on top of being a mom, Kim is pretty well known for one thing in particular.

She's the undisputed queen of social media and the selfie, and even memorably broke the internet by posting revealing snaps on social media.

And revealing snaps aren't the only thing Kim likes to post online...

She frequently shares cute photographs of her and Kanye, and even though he rarely has a smile on his face, they seem pretty loved up.

But, as is the case with every couple...

Kim and Kanye have had their fair share of falling-outs.

So they're bound to clash from time-to-time.

But, because they're the most scrutinized couple in the world...

Every little fight is highly publicized.

We all remember Kim's eye-popping dress at this year's Met Gala, right?

Well, it turns out that Kanye wasn't as obsessed with the look as the rest of the world.

Keeping Up With The Kardashians aired his grievances.

As Kim was getting fitted, Kanye spoke out.

"I just made this transition from being a rapper, looking at all these girls, looking at my wife. Like, 'Oh, my girl needs to be like the other girls, showing her body off. I didn't realize that that was affecting my soul and my spirit as someone that's married and loved, and the father of now, what—about to be four kids?"

Kim was not best pleased.

"So the night before the Met, you're gonna come in here and say that you're not into a corset bust? I'm getting really bad anxiety. What are you talking about?"

"You are my wife, and it affects me when pictures are too sexy," Kanye claimed.

"I don't need any more negative energy for you to now say that you're not into me in a tight dress," Kim responded. "That's absolutely ridiculous."

And in the end, she got to wear the dress she wanted - And it seems Kanye came around if the way he was looking at his wife is anything to go by.

But it seems that recently, she has changed her mind about vamping up the sexiness despite her husband's thoughts.

Marriage is all about compromise.

Kim has thought about these compromises, and it seems that her tone has changed slightly from her classic "nude selfies till I die" attitude.

She wants to honor her husband...

“He is my husband so I obviously want to honor him and what he’s feeling and he’s been going through this life change," the fashion and beauty mogul said on The Real.

But, even with her compromise, the couple has found something new to argue about.

This ongoing lockdown has been testing for many couples - Staying cooped up in the house with one person is never going to be fun. And, for Kim and Kanye, it has been no different.

The couple have reportedly been "arguing a lot" during the lockdown.

Though can we blame them?

A source close to the pair has revealed that tensions are running high in the Kardashian-West manor.

“Kim and Kanye have been arguing a lot during the quarantine," the source revealed. “Kanye is really getting on Kim’s nerves."

Kanye is apparently using his quarantine time to be "creative"...

And, as a result, Kim feels like “all the parenting duties are falling on her."

“Kim finds it frustrating that [Kanye] doesn’t ask her how he can help with the kids," the source continued.

Kanye, pull your socks up!