Kylie Jenner's Recent Instagram Story Could Have Her Arrested | 22 Words 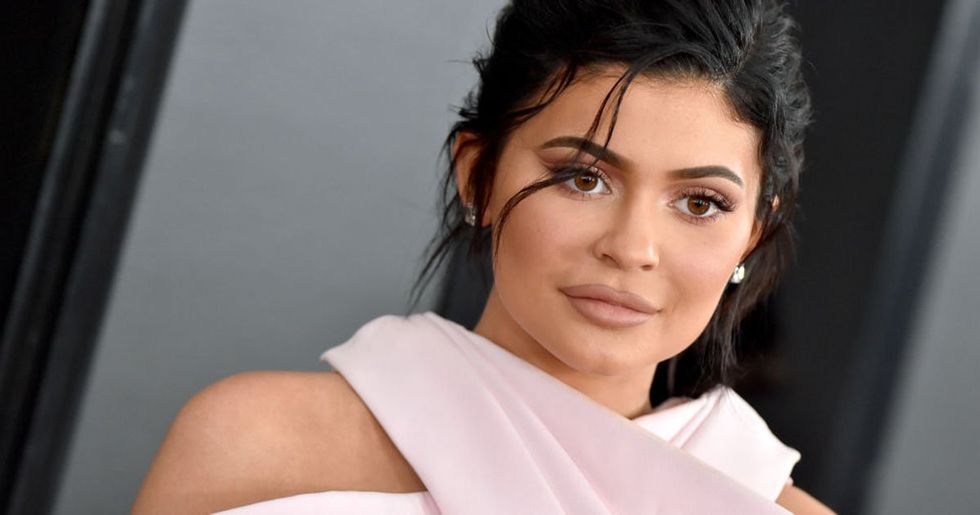 Kylie Jenner's Recent Instagram Story Could Have Her Arrested

Ah, the Kardashian/Jenners... not a moment seems to go by wherein there's not some kind of drama, scandal, or backlash. They're always hitting the headlines for something - and usually, it's all for the wrong reasons.

Today's news comes courtesy of Miss Kylie Jenner - the youngest of the reality family clan. The star has been in the spotlight a lot recently, especially given her reported split from beau, Travis Scott.

But, this time, it's not her relationship that's got people talking... Keep scrolling to find out more...

It's no secret that the Kardashian-Jenners aren't exactly stuck for cash.

Due to their reality television found-fame, they’ve all enjoyed a super-luxe lifestyle, with all the clothes, cars, jewelry, and vacations that anyone could ask for.

But Kylie Jenner is arguably the most successful sibling.

She may be the youngest, but the star has built quite the empire for herself.

From birth, she’s essentially been able to make money just by rights of her name. While growing up in the public eye is likely no picnic, it certainly means that money is one worry she doesn't have to think about.

In fact, earlier this year, she was named as the youngest self-made billionaire.

Beating out the previous title holder, Mark Zuckerberg. Although we have to be honest, self-made is probably a bit of a stretch.

Although many people weren't happy with her title.

Several people called out Forbes for using the term "self-made" to describe Kylie, pointing out that, if it wasn't for her famous family, she would never have had the head start she's had when it comes to the big bucks.

Her staggering net worth gives her the highest income of any of her famous siblings.

And there's one thing, in particular, she has to thank for it...

The reality star turned full-blown beauty mogul when she launched her cosmetics line in 2015.

Kylie Cosmetics launched 4 years ago and is one of the most successful and fast-growing beauty companies at the moment; it has certainly earned Kylie a pretty penny!

And it's clear that Kylie enjoys the finer things in life.

She has a pretty exceptionally lavish lifestyle, much of which she documents on her social media accounts.

From jealousy-inducing getaways to designer ensembles...

...there truly isn't anything she can't, or doesn't, have.

It seems even her daughter has followed in her lavish footsteps.

One-year-old Stormi donned a designer handbag in a snap Jenner posted to her Instagram earlier this year.

But what people don't take kindly to is those who show-off their wealth.

It's long been considered "distasteful."

Kylie is no stranger to showing off her wealth and privilege...

And it's no secret that the star likes keeping fans updated on her luxury vacations and fancy cars over on her Instagram.

But people think she's been taking her lavish spending too far...

Kylie recently found herself coming under fire after she posted an Instagram video of her new Bugatti Chiron.

The car cost an eye-watering $3 million...

After taking to Instagram to show off her new car, fans weren't impressed and called the star out for flaunting her wealth.

The car boasts some impressive features...

According to Insider, "The Chiron is the fastest, most powerful production car in Bugatti's history, boasting 1,500 hp and claiming 0-60 mph in just 2.3 seconds. It has a top speed of 261 mph."

It's an addition to an already flash car collection...

The twenty-two-year-old already owns two Range Rovers, a Rolls-Royce, a Ferrari, a Porsche, and a Lamborghini.

But it seems people weren't happy with her showing off her latest purchase.

After uploading the video, people flocked to the comments to call her out. "Meanwhile, there's people struggling to make ends meet and feed themselves," wrote one user, while another person commented: "I'm happy for her but damn when is enough enough?"

It bears resemblance to this iconic moment...

Following the backlash, Kylie hastily took down the video.

But it's since been uploaded onto YouTube by several people.

It does seem a little unnecessary, that's for sure.

And Kylie has been at it again in the showing off department...

For those who aren't on Instagram, everyone will be aware that Kris Jenner celebrated her sixty-fourth birthday yesterday.

The family went all out for their mom's birthday, with Kim renting out their childhood home for the day and gifting Kris with a replica Mercedes that she used to drive back in the 1980s.

Of course, it was all documented on Instagram stories...

And this included Kylie's drive in her Bugatti to the birthday bash.

And, despite her being safely strapped in with her seatbelt, she was clearly filming whilst driving with just one hand.

She was driving pretty fast...

Filming an Instagram story whilst driving is a complete no no and there are no exceptions made for the rich and famous driving their Bugattis. May I also mention that this is, for ordinary people anyways, an arrestable offense.

People on Twitter were quick to bash the young millionaire...

Kylie Jenner recording and posting Instagram videos WHILE DRIVING sure is a good influence 🙄 come on, girl. You've got a big audience...
— spastic (@spastic)1573005460.0

Many have called out Kylie for being a bad influence and reminding the reality star that she has a very big audience.

People are reminding Kylie that driving whilst using a phone is illegal...

And just because she's rich and famous doesn't mean that she can break the law.

She has been branded as immature...

why does kylie jenner constantly take videos of herself driving??? does she genuinely think it makes her look cool… https://t.co/TlGTsrrlk2
— stef (@stef)1572992554.0

She is only twenty-two-years-old, we must remember.

But Kylie is now a mother...

Meaning she should be responsible enough to know better than drive at fast speeds whilst using a phone because this could have turned out a lot worse.

To read more about Kylie, keep scrolling to see how she was trolled after promoting her own skincare line in the worst way possible...