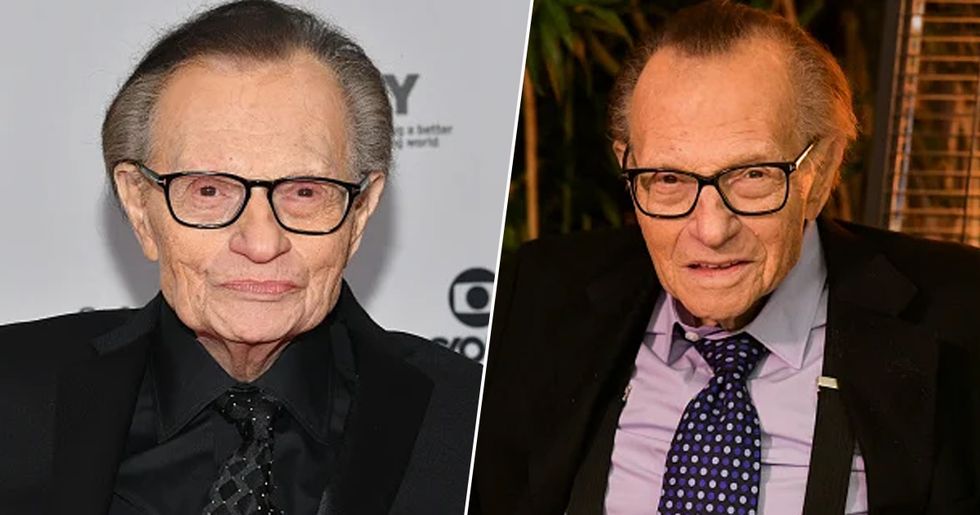 Tragedy hit television presenter, Larry King's family recently after he lost two of his children within a matter of weeks.

Now, the veteran of TV and radio has finally broken his silence following their deaths, and revealed the causes of both their deaths.

Our thoughts go out to Chaia and Andy Kings family and friends during this incredibly hard time.

The journalist has worked on both television and radio for decades.

And is a household face across the entirety of the United States.

Larry King is a controversial figure.

He's a little like marmite - people either love him or hate him.

But recently Larry had some awful news.

They died in the past three weeks.

Larry kept his silence for a few weeks.

Understandably, he is going through a very difficult process at the minute.

But he eventually spoke out.

Opening up for the first time, Larry confirmed the causes of Chaia and Andy's death, in a heartbreaking statement.

It is with sadness and a father's broken heart that I confirm the recent loss of two of my children, Andy King, and Chaia King. Both of them were good and kind souls and they will be greatly missed.

Andy passed away unexpectedly of a heart attack on July 28th, and Chaia passed on August 20th, only a short time after having been diagnosed with lung cancer.

"No parent should have to bury a child."

Losing them feels so out of order. No parent should have to bury a child. My family and I thank you for your outpouring of kind sentiments and well wishes.

In this moment, we need a little time and privacy to heal. I thank you for respecting that.

Our thoughts go out to Andy and Chaia's family and friends at this hard time.