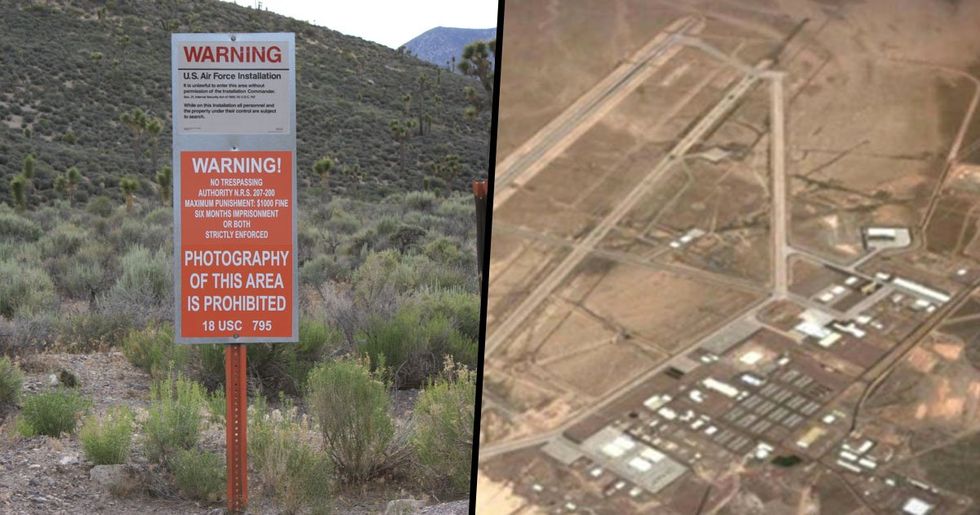 All that the entire world can talk about right now is Area 51, and what did we really expect?

1.4 million people are claiming that they will raid Area 51 in September, which is a pretty bold move with it being one of the most protected and high-security areas in the world.

It's well known for being an area that shows no mercy to its trespassers, and this was truly demonstrated in January of this year when a man lost his life when trying to gain access to the military base.

Read on to learn of the tragic story and the risks that come with a simple curiosity...

Area 51 is one of the most notorious bases in the world.

It's a highly classified United States Air Force facility located in Nevada. Despite it publically being an open USAF training base, its secrecy and high-security have created conspiracy theories globally and is a central component to UFO folklore.

Area 51 has made a name for itself surrounding extraterrestrial life.

It is unknown as to where exactly the alien theories came from, but the intense security surrounding the base probably didn't help to ease the paranoid thoughts of the conspiracists.

Bob Lazar probably had a lot to do with this.

Bob Lazar is an American conspiracy theorist and physicist who made claims in 1989 that work on reverse engineering of extraterrestrial technology was being done at a site called S-4, located several kilometers south of the Area 51 Groom lake.

This man seems to have seen it all.

Lazar claimed to have read US government briefing documents that described alien involvement in human affairs over the past 10,000 years. His story gained attention and grew in popularity following his Netflix documentary, Bob Lazar: Area 51 and Flying Saucers, that was released in 2018.

Is there really life on other planets?

It certainly seems so according to Lazar. And the US government has been doing a pretty good job covering it all up until now.

The surrounding area has become a popular tourist destination.

Extraterrestrial Highway, which isn't far from the Area 51 base, is a part of the State Route 375 and stretches for ninety-eight miles. It pretty much just consists of desert terrain, but people flock to the spot to get photographs and pose in the UFO hotspot in desperate hopes of some sightings.

Recent events have seen people arranging a plan to raid the base...

Unless you've been living on another planet (topical), you'll have heard of the plans to raid Area 51 in September. 1.4 million people have joined the Facebook group, which is titled: "Storm Area 51, they can't stop all of us."

It is believed that the group is a hoax all in the name of good humor...

The reliability of the organization was made apparent by the group's Facebook bio, which reads: "We will all meet up at the Area 51 Alien Center tourist attraction and coordinate our entry. If we Naruto Run [an attack inspired by Japanese manga, in which people run with their arms outstretched backward and heads forwards], we can move faster than their bullets. Let's see them aliens."

The US Air Force has warned against the raid.

In a statement, a spokesperson of the USAF said: "Area 51 is an open training range for the US air force, and we would discourage anyone from trying to come into the area where we train American armed forces." "The US air force always stands ready to protect America and its assets."

The USAF is no joke.

There must be some pretty important stuff in there if the government are going to these lengths to ensure that nobody gets in - it's no wonder that people are trying to break in and get a glimpse of the secrets that live within Area 51.

One man plucked up a lot of courage...

In January this year, a man drove down to the base in an obvious attempt to get up close and personal with the famous UFO hotspot.

The man burst through security.

According to The Independent, the unidentified man burst past a security checkpoint at the Nevada National Security Site (NNSS), which is sixty-five miles away from Las Vegas.

This prompted a police chase.

Private security contractors and local police began to chase the man; the pursuit lasted around 8 miles. According to the Department of Energy, the man eventually pulled over.

A police stand off...

The man got out of his vehicle and was reported to be holding a "cylindrical" object - resembling a nuclear style weapon, but this hasn't been confirmed. Police repeatedly ordered him to drop the object and surrender, but he reportedly refused to do so. This provided an incentive for the police to open fire.

He was shot and pronounced dead at the scene.

There are no further details on the man's death, not even his identity - which instantly brings up red flags in my opinion.

A press release was issued.

It stated that the suspect refused orders by both NCSO (Nye County Sherrif's Office) and SPOs (Protective Force Officers) which lead them to take up pursuit. The man was failed to be identified and nobody else was injured at the scene.

These are the only aspects of the incident that have been disclosed...

It will forever be unknown as to what actually happened that day, and what the unidentified man's intentions were.

It's pretty worrying that attempted entry into Area 51 lead to death...

Perhaps the naive members of the Facebook group planning to storm Area 51 should have a long, hard think about whether they really want to risk their lives to "see some aliens."

Let's just hope that the Area 51 raid continues to be just a social media hoax...

It's time to push your curiosities aside, folks.

It's really not worth being killed over, so stay away from Area 51 - what we don't know won't kill us.