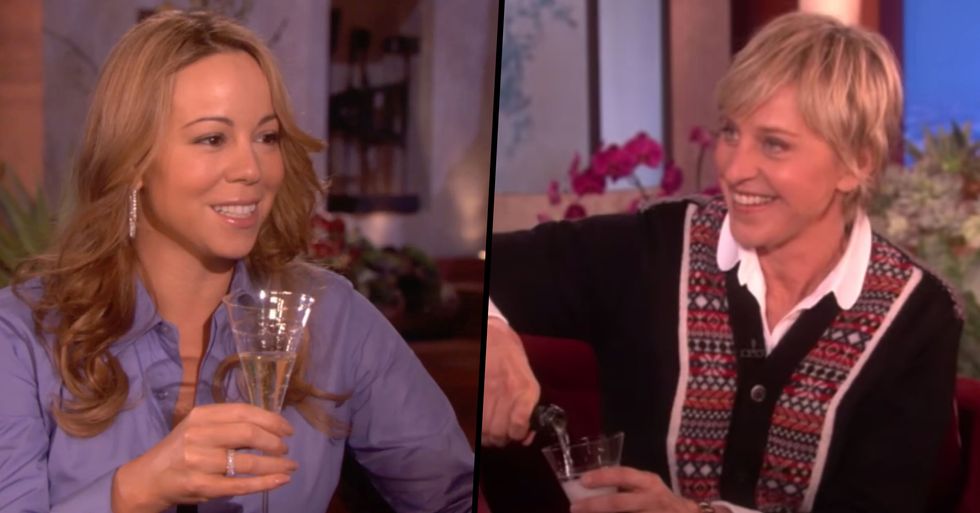 Mariah Carey has opened up about her experience on The Ellen Show, and how she was treated during the interview...

Mariah Carey has finally opened up about her "extremely uncomfortable" interview with Ellen, and how it affected her.

The star delt with Ellen's comments in the best way, but the aftermath of the interview wasn't easy...

And be warned - they make for some pretty uncomfortable viewing.

When Mariah Carey appeared on the show in November 2008, she had no plans to announce her pregnancy.

However, when Ellen handed her a glass of champagne, knowing exactly what she was doing, Carey had no choice.

She opened up in an interview published on Monday, describing the whole ordeal.

“I was extremely uncomfortable with that moment is all I can say. And I really have had a hard time grappling with the aftermath. I wasn’t ready to tell anyone because I had had a miscarriage."

She doesn't “want to throw anyone that’s already being thrown under any proverbial bus," However, she said she “didn’t enjoy that moment."

Carey looked back on the interview, saying...

“[There is] an empathy that can be applied to those moments that I would have liked to have been implemented. But what am I supposed to do? It’s like, [sings] ‘What are you going to do?’"

The interview was held just 7 months after Carey got hitched to Nick Cannon.

When Ellen tried to discuss the pregnancy rumors, Carey said: “Don’t discuss that." And it was clear to everyone she wasn't comfortable with the situation.

Carey said, “To the future, and for both of our futures. Who knows what they hold." She obviously pretended to sip the champagne before stating: “It’s too early for me. I only drink after 3 p.m."

She definitely took Ellen's poor behavior in her stride, and fans love her for it.

Keep scrolling to see why people are furious over this picture of Mariah Carey and Millie Bobby Brown...