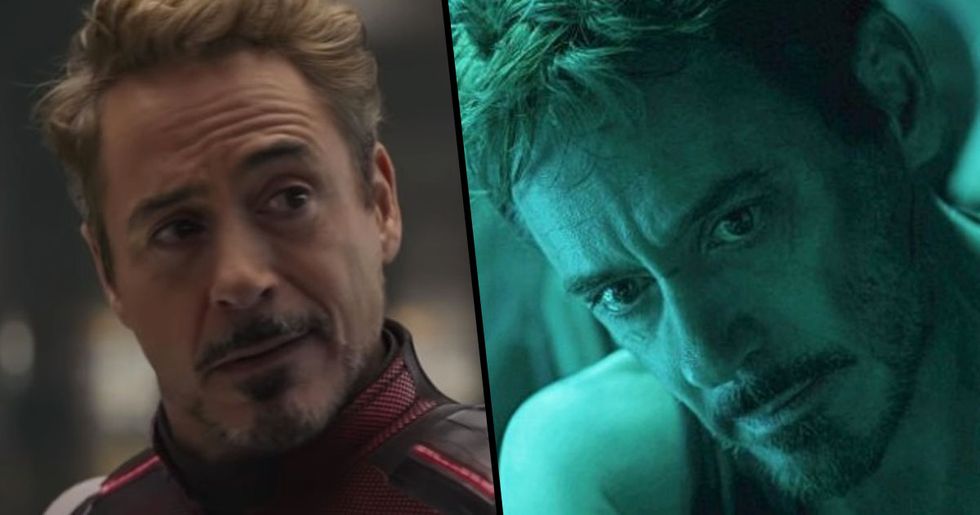 After watching Avengers: Endgame it's safe to say that Iron Man was the beginning and the end of the current Marvel era that span over eleven years.

But the charming Tony Stark didn't just win our hearts and give us the Avengers, he has changed the whole superhero industry.

Because of the success of the first Iron Man installment, we now have superhero films that are linked to each other through inter-universe references and cameo appearances, something that has never been done before.

However, the most important thing that Iron Man has done is introduce the "modern superhero."

But none of that would have ever happened without Robert Downey Jr. - the face and voice of Iron Man.

His performance in Avengers: Endgame was so brilliant that fans have started a movement on Twitter, asking the Academy to nominate Downey for next year's Oscars.

Keep reading to find out why Iron Man was the birth of the modern superhero and why people believe that Robert Downey Jr. more than deserves an Oscar for it.

Avengers: Endgame came out a week ago.

It was an unexpected ending to a Marvel era that started with Iron Man and continued for eleven years.

Comic Book's Patrick Cavanaugh says that the first Iron Man movie is the reason that the Marvel Cinematic Universe is the way it is today.

And Iron Man's success is all thanks to Robert Downey Jr.'s incredible performance as Tony Stark.

And the movie's had a huge effect on the whole superhero industry, too.

It was definitely a "flash of brash brilliance."

The film was delivered so well that it even found praise outside of the Marvel comic fanbase. But that's not what changed the industry...

In a post-credit scene, Nick Fury tells Stark, "You think you're the only superhero in the world? Mr. Stark, you've become part of a bigger universe. You just don't know it yet."

If you just got chills, so did we.

Iron Man did become part of something bigger. First of all, since the movie aired, the MCU has become one of the major leaders in the film industry.

Disney and Marvel Studios have made more than thirteen billion dollars from the nineteen movies that they've released.

Big budget superhero movies were getting their sequels even before Iron Man came out.

The only difference is that now they also have "cousin" films which are linked through "inter-universe references, cameo appearances, and storylines bleeding over from different films."

This used to be much more common in comic books than in movies.

No one thought of using that method for films until Iron Man came in.

But there's an even more major thing that Iron Man did for the superhero industry.

He introduced the "modern superhero" – a human man who "saw the light."

Iron Man tells the story of a "billionaire playboy genius who builds a suit of powered armor to escape from terrorists."

But then he discovers a need to use his powers to fight evil and bring justice to the world.

"There are no civil wars fought, no city takeovers and hostage threats, no galactic beings intent on destroying the planet," Crump writes.

"There is only a moneyed megalomaniac who gets shocked into becoming a better person after confronting the ugly consequences of his arms manufacturing business face to face."

Considering that he lives in a world full of "green-skinned rage monsters" and "gods" with superpowers, Stark's powered armor seems quite normal...

And under all of this technology, Iron Man is just a human man with no superpowers.

"Stark isn't quite relatable, per se — few among us can truly relate to a guy with bottomless resources and Robert Downey Jr.'s good looks," Crump continues.

"But he is, at the core, a human on the quest for humility."

"Stark is the template for a number of characters brought to screens."

As an example, he gives The Green Hornet's Britt Reid and Arrow's Oliver Queen in the DC universe, and Doctor Strange's Stephen Strange in the MCU. All of these are some form of Iron Man - "the arrogant man of wealth [who] goes through a traumatic experience that humbles him and pushes him to abandon his old life to pursue higher aspirations."

"So it turns out Tony Stark has a superpower after all," Crump concludes.

"He can bring together heroes from across nations and even galaxies, by doing nothing more than rejecting his industrialist ways." It's no wonder, then, that Robert Downey Jr.'s fans strongly believe that the actor deserves an Oscar.

But, according to Comic Book, fans are convinced that his best performance was in Avengers: Endgame.

They have even started a movement on Twitter claiming that Downey should at least be nominated for an Oscar.

But it's not that easy. The Academy is known for favoring everything except superhero movies...

The same has happened with Black Panther.

Although it got a nomination for Best Picture, the acting and directing categories somehow looked past the incredible motion picture.

So Downey is actually unlikely to get the Oscar that we really feel he deserves.

There's still a lot of time and movies to be released before the next Oscar nominations are confirmed.

Downey has been previously nominated for an Oscar in Best Supporting Actor for Tropic Thunder.

Unfortunately, he lost that one to Heath Ledger as the Joker in The Dark Knight.

So it seems that Downey is doomed to follow Leonardo DiCaprio in his journey towards the Oscar.

Only four more nominations to go and the Oscar will be his! But Downey's fans want it now.

Some say that compared to some previous Oscar winners, Downey is a pretty good option.

An Oscar for Robert Downey Jr. in Avengers: Endgame would be a huge stretch but it'd still be more deserving than l… https://t.co/shHGDbn2Ag
— Jaime Rebanal (@Jaime Rebanal)1556979787.0

Jaime added, "Okay I guess I ought to clarify myself here, whether or not RDJ's performance in Endgame is Oscar-worthy or not (I think he's good but not awards worthy) the belief that it may be a stretch is up to you, though even if that were the case it's still far more deserving than Malek."

Rey said, "Robert Downey Jr. kickstarted the MCU and impacted millions of lives in such a positive way. He deserves it just for that."

@TheMrZippie: "His performance was especially incredible in endgame I hope they at least give him a nomination."

Fortzon: "It's criminal that RDJ still hasn't won an Oscar for his role as Iron Man... It seems the academy really doesn't like comic book movies."

@karate_girl: "I don’t understand how people say he doesn’t deserve it for Tony."

She added, "He has brought so much nuance to these movies. He has created a real person. He has put so many little intricacies into this character through the years. He absolutely deserves an Oscar for Tony."

@CanISingYet: "YES, I've ways thought he deserved an Oscar for his performance."

The fan also added, "@RobertDowneyJr performance as Tony Stark brought me to tears more than once. He should AT LEAST be nominated."

However, others believe that Iron Man's fans are still a little emotional over the Avengers: Endgame ending and can't think straight.

Skywalker tweeted: "The rest of the cast performed just as good, if not better. He shouldn't get an award because of his character's role in the story."

Atrocitus: "What about Vin Diesel, probably best performance of his career." Le Plurmpz: "'I am Groot.' That line delivery was the best delivery for any line ever."

@GwinTeresa said, "I’m not saying he doesn’t deserve one but I definitely think this performance was not Oscar worthy."

@GeeksGamersCom I can't help but think that the Academy Awards became so discredited and irrelevant that I sincerel… https://t.co/V2tR0XhChS
— Jakub Sedlák (@Jakub Sedlák)1557087211.0

But @JadoreLainie's comment sums up how people are feeling about the possible Oscar nomination overall: "I love this man to death, does he deserve an Oscar? Yes. For Tony Stark? Maybe not so much, but he has enough and worthy roles to be nominated for, he pretty much does." We totally agree.