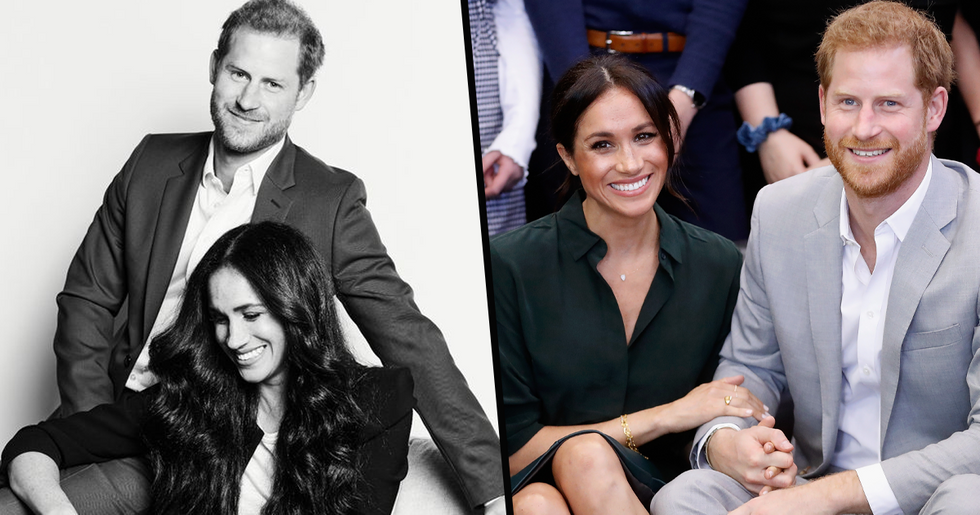 This is the first official photograph of the pair in months...

Prince Harry and Meghan Markle are the main focus of the British Royal Family at the moment...

And all of the drama that has followed the pair stepping down from their Royal duties has been making countless headlines.

The couple has been keeping a relatively low profile since their disembarkation from the Royal Family...

But now, they have shared an up to date photograph and fans are simply loving it.

And even though she didn't fit the criteria for a traditional royal partner, the pair hit it off instantly.

Meghan was an American divorced woman...

And even though these factors are usually forbidden in the Royal Family, Harry went ahead with his heart and made things very serious with his new love.

It didn't take long for the couple to announce their engagement...

And they looked happier than ever.

And not ones to waste any time, the couple announced their pregnancy shortly after the wedding.

Archie Harrison Mountbatten-Windsor was born in May of 2019.

This lead to Meghan and Harry making the bold decision to step down from royal duties earlier this year.

It seems that Meghan literally can't do anything right...

And so many have now realized that this hate is a matter of racism.

And no other royal has ever received the volume of hate in which Meghan has - not even Prince Andrew, who was accused of being involved in the Jeffrey Epstein scandal recently.

It has also been reported that since the pair's big move to L.A, Harry's relationship has been strained.

The future King of England reportedly didn't take it well when Harry and Meghan announced their departure from the Royal family and their relationship continues to be on the rocks.

And things have since been ramped up a notch following the announcement of the pair's new Netflix deal.

The couple has founded a yet-to-be-named production company that will make documentaries, feature films, scripted shows, and children’s programming - and it was Netflix that took the bait, according to the New York Times.

“As new parents, making inspirational family programming is also important to us."

Industry insiders have shed even more light on the new deal...

Money aside, the issues the pair are hoping to bring up in their documentaries are something Meghan has spoken up about in the past. In August, she spoke at the Girl Up Global Leadership Summit, for instance.

In fact, people regularly slam her online for it. For instance, Meghan found herself in the firing line for speaking at an online summit organized by “When We All Vote," in which she told voters “If you are complacent, you are complicit."

So, we can't imagine the Netflix project is going to go down well with everyone.

Nevertheless, the couple went ahead and signed the major deal anyway!

Harry and Meghan are simply trying to live their own lives...

And it seems that scrutiny will follow anything that they will choose to do.

However, in more recent times...

Fans have been left feeling overjoyed at the couple's most recent life update.

It's quite rare for Harry and Meghan to share portraits together...

So of course, fans were delighted when the couple very recently posed for an adorable portrait together in aid of them hosting a #TIME100Talks episode together. And we must say, the photograph is truly stunning.

Make sure to stay posted for further Royal updates.