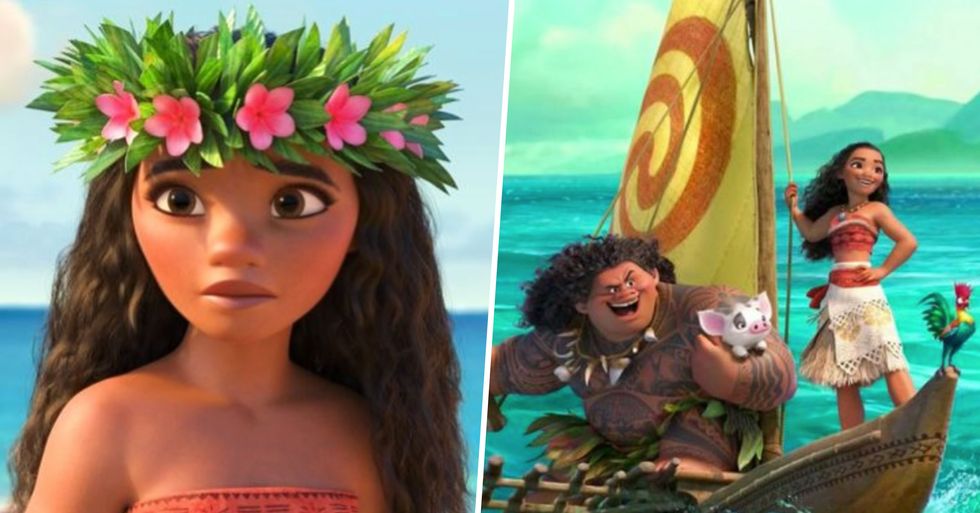 ‘Moana’ 2 Is Officially In The Works

Moana is one of the most beloved movies of Disney's more recent catalog - with Maui, voiced by Dwayne Johnson, proving to be an undeniable fan favorite.

And now, we have news that Moana 2 is officially in the works...

Disney has given us some absolute classics over the years. If you’re feeling down, there’s truly nothing better than a good old Disney movie.

Disney’s Moana has become quite the hit amongst the kids.

Of course, her venture is far from plane sailing...

Her aim to set things right quickly becomes harder than she first anticipates.

The movie was dubbed as a step forward for Disney's "diversity issue."

The movie had a woman of color protagonist as well as shedding light on the ancient Polynesian community.

Not only has the family flick got a fantastic soundtrack...

But the movie is home to an array of fan-favorite characters, including Maui, who seems to have become very popular among kids.

The character is famously voiced by Dwayne "The Rock" Johnson.

His daughter, Tiana, is a huge fan of her dad's character but apparently has "no idea" they are the same person.

Johnson said he performs the song multiple times a day at the request of Tiana...

It's the cutest thing we've seen!

Alongside The Rock, the other celebrities that take part in the film have made it the hit that it is.

Lin-Manuel Miranda, Broadway actor, and producer wrote the iconic songs for the film and of course, they were a hit with children as well as adults.

And it's rumored that both men will be coming together along with Auli’i Cravalho for a sequel.

That's right, according to reports, a second Moana film is already in the works.

And the tea surrounding the rumors is hot!

Some people have said that Moana 2 is going to reveal a new Latina princess but it has not been fully confirmed as of yet.

But already, everyone can't stop talking about it...

So far, apparently, Miranda has met with a team at Disney to continue the talks about the sequel...

Especially when it comes to important details like a date, time and streaming platform...

Those crucial factors have not yet been revealed, but if it's like any other unveiling, then it will probably be drip-fed to us.

Even so, we're all very excited about the news.

Have a watch of the trailer to the first movie while you wait patiently for the sequel or keep on scrolling for a list of other movies to get stuck into...