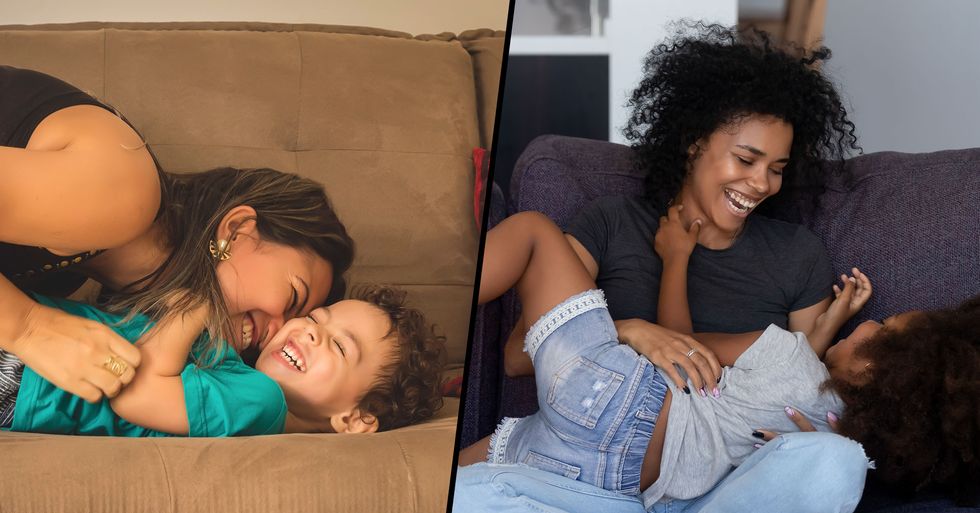 A mom has ignited a huge debate online after she claimed tickling children without consent is cruel.

This has certainly caused fierce debate amongst the online parenting community. Keep scrolling to see what other parents had to say...

We all know how important consent is...

But what about when it comes to our children?

It's important to teach our children the importance of consent from a young age.

A child must know the difference between a "yes" and a "no", and it is vital for their consent to be respected by their adult peers.

Including having a kiss from a grandparent. Many have actually argued that grandparents should ask for consent before kissing or hugging their grandchildren.

Because if a child feels uncomfortable in any way...

They should be allowed to speak out and say no.

But what about tickling?

Tickling our kids is something seen as completely harmless by the majority of us parents, but now, many have deemed it inappropriate.

As per the New Zealand Herald, the anonymous mom explained that children should give consent before they get tickled by anyone, whether that's a parent, a grandparent, or a friend.

"If the [kids] come looking for it/ask for it, they like it [tickling]. Stop when they ask you to stop." She then added that it's "all about consent" and that a parent should teach their children that it's "their body and therefore, their rules."

It was also pointed out that many young children "change their minds on a dime."

"They will literally tell you to stop, then immediately ask to be tickled more. But generally, it's actually the best way to momentarily paralyze a toddler in order to get shoes on them."

It's a tricky topic to discuss...

But naturally, it sparked a huge parenting debate on social media... and it's safe to say that opinion was extremely divided.

Many parents felt that the concept of asking for consent to tickle their children is ridiculous.

They feel that it isn't at all invasive and it is just a way of bonding with their children.

Many parents agreed with the concept, and they feel that it is of the utmost importance to ask a child for consent before doing anything like tickling or hugging - because not everyone is comfortable with this kind of invasive contact.

Do you feel that children should give consent before they get tickled by their parents?

Or do you think that it is completely harmless for a parent to tickle their child? Keep on reading to see the debate about grandparents asking for consent before hugging and kissing their grandkids...