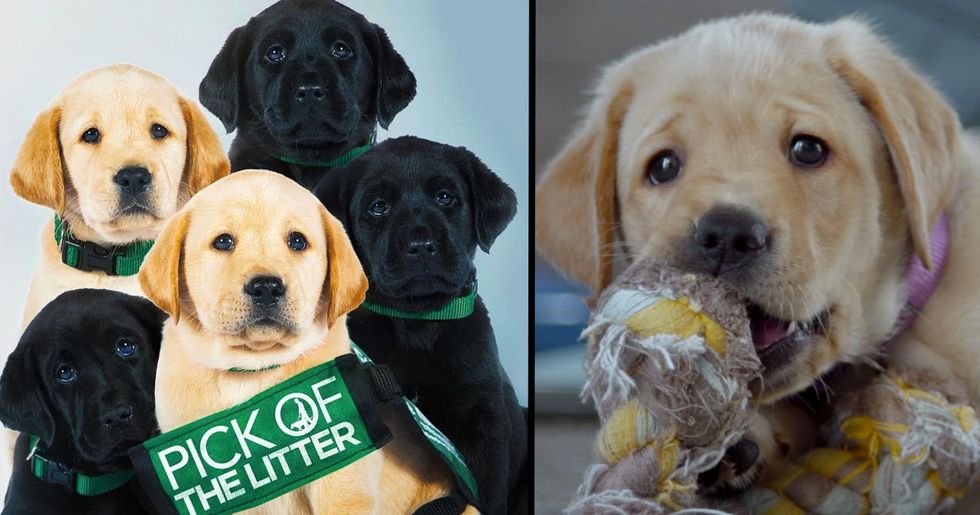 If you're feeling a bit of Netflix documentary fatigue, we don't blame you. It seems almost as if every other day a new launch drops filled with horror, tragedy, and frustration. And if you're over feeling down in dumps, the latest Netflix doc drop is for you.

Pick of the Litter, Netflix's latest factual series, follows a group of potential service dogs during their training - and it's as adorable as it sounds. Keep scrolling for everything you need to know about the cutest TV show of all time - plus the best of the internet's reactions.

But many of us find the journey from regular (unemployed) dog to a dog with a job something of a mystery.

Netflix has come to the rescue...

Realizing that the process of becoming a service dog is something most of us don't know about - but absolutely want to - the streaming service has come up with a solution.

Pick of the Litter has to be the cutest documentary ever.

According to Netflix, the show, "follows a litter of puppies from the moment they're born."

But these are no ordinary pups...

In the show, we see them begin their quest to become "Guide Dogs for the Blind" - the ultimate canine career.

It's a lengthy process.

Cameras follow these pups through a 2-year odyssey as they train to become dogs whose ultimate responsibility is to protect their blind partners from harm.

"Along the way, the dogs meet a community of dedicated individuals who train them to do amazing, life-changing things in the service of their human."

But not every dog makes the cut...

"The stakes are high and not every dog can make the cut. Only the best of the best. The pick of the litter."

Pick of the Litter is set in California.

The California-based organization, Guide Dogs for the Blind, is our focus. The group we follow are from the "P" litter, and are called Phil, Patriot, Potomac, Primrose, and Poppet.

Only two-thirds of the litter will go the distance.

But we do get to see a truly heartwarming doggy graduation scene at the end.

The dogs who don't graduate will all go to loving families - and best believe, they'll be far better trained than your average dog.

And for the dogs that pass?

They'll go to an extremely grateful new owner. For many people, life is made possible by their furry companions

And these dogs are a hot commodity.

Guide Dogs for the Blind claims to receive over one thousand applicants each year, many of whom have been waiting for years.

It's had a hugely positive reception...

In a world where sadness is everywhere, it's nice to see a truly happy moment captured.

Who doesn't love a dog? So really, this is a dog-umentary for everybody!

Seeing dogs is one thing...

But seeing dogs graduate from training and go on to truly improve someone's life? Well, that's just impossible to beat.

In spite of the happiness of the show, you probably won't escape without crying. Tissues at the ready!

And there is one remaining question...

Who gets to train these dogs? And how do we apply? Into reading about amazing service dogs? Scroll on for the group that went to watch a musical as a part of their training - it's too cute.