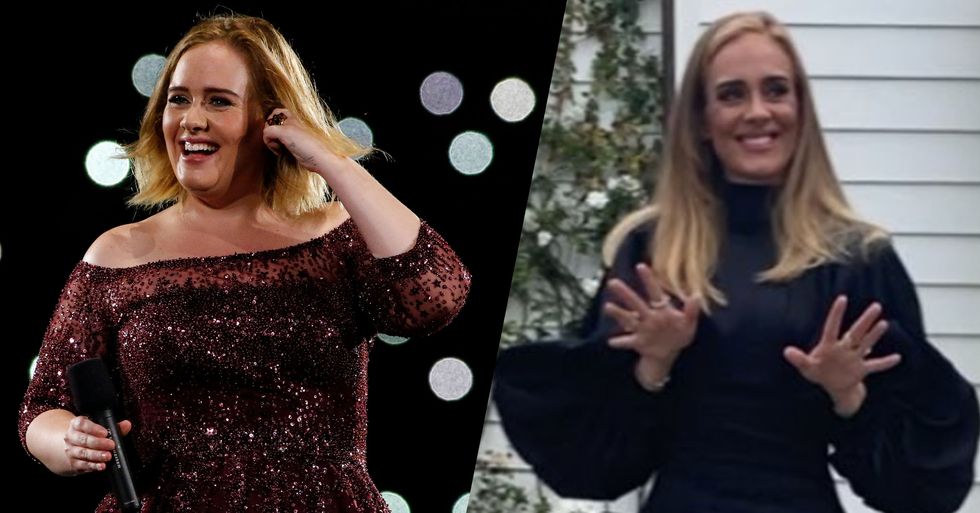 Even after Adele's former trainer rushed to defend her, Adele isn't receiving much of a positive response to the birthday photograph she posted a few days ago. Now, plus-sized women are bringing important issues out into the limelight in order to help people understand some important facts.

But now, someone close to Adele and her weight loss journey has spoken out...

And he has completely shut down all of these spiteful haters.

The London-based Geracimo used to coach Adele through her weight loss journey, and he has some strong words for those who have been criticizing her.

He finds the negativity "disheartening."

Geracimo continued: "She embraced better eating habits and committed to her fitness and 'is sweating'! I could not be prouder or happier for her! This metamorphosis is not for album sales, publicity or to be a role model. She is doing it for herself and for [her son] Angelo."

But even despite this, some people are still bothered by what they are seeing.

Haley Stewart is a promoter of body confidence online and she has described the response to Adele's new body as an issue she will not be quiet about.

In a post for Metro, she described her feelings, saying this:

"A second [after Adele's post] I was drowning in an ocean of slim Adele pics," she wrote. "Many of them posted next to pictures of her taken 10 years ago, when she looked a lot more like me. The message was clear: ‘This is important. She’s a better woman now. She’s more beautiful now. She’s healthier now.'"

She also emphasized that "diet culture" is dangerous.

"...I will not be quiet about body and beauty standards that continue to disproportionately adversely affect women (I cannot think of a single man who has ever had anything like this response to changes in his body). I have carefully curated a safe space online and I know that many of the people who follow me and I am following have a shared understanding of diet culture and its dangers."

"They accused me of jealousy and being ‘butt hurt’."

Lots of people decided to message Haley and accuse her of spreading hate, saying that she was jealous of not being able to achieve Adele's body. A disgustingly low blow. "And this is why people in marginalized bodies so often feel forced into silence. Because the overwhelming, publicly accepted narrative is that we are wrong. Our bodies are wrong. And us challenging this idea is immediately met with all kinds of abuse."

And she ended her take on the issue with a simple but effective line.

"Even if you’re the most successful and talented musician of a generation – you’re still worth a bit more when you’re smaller."

Regardless of all the hubbub online...

Adele, you are, and always have been, amazing. For more inspiring weight loss stories, keep scrolling...