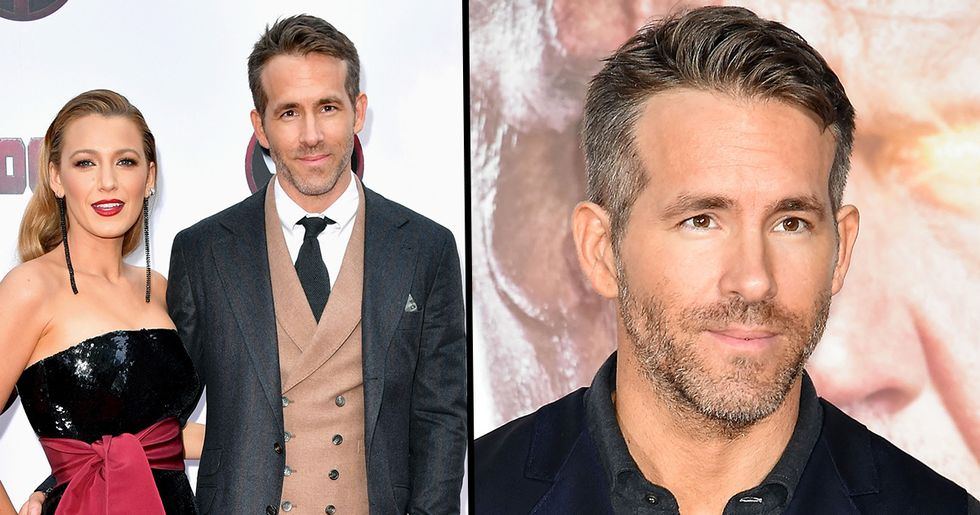 At this moment in our history, Ryan Reynolds is arguably ruling the world. After a few noticeable missteps in his acting career, Reynolds has now found his niche. He  now holds two runs as foul-mouthed superhero, Deadpool, under his belt and he is set to voice everyone’s favourite Pokémon in Detective Pikachu. Not only this, but he is also married to Hollywood goddess, Blake Lively and has two beautiful children. The famous couple are also famous for trolling each other on social media, something which was taken further by Reynolds during a recent television appearance.

During a recent interview for the Ellen Show, Reynolds revealed some shocking home truths.

And the things he said were priceless

Some of these truths included hilarious anecdotes about his wife, children and overall family life.

First he talked about his daughters

In the interview, Reynolds revealed that he doesn’t look after his daughters when they travel by plane.

And his amazing parenting skills

Instead he trancquilizes them with blow darts.

Number One Dad and Husband

To assure that he and his wife get a peaceful flight. How romantic.

Then Ellen asked how the kids came to be

Ellen then asked how Reynolds children came into existence. And his answer was amazing!

Because we all knew how it happened.

Without hesitation, Reynolds blurted out ‘SEX!’. Yes Ryan, that’s often how babies come to be.

Then the discussion went to his wife

And he threw some serious shade

After his announcement that sex with Blake helped to create his children, Ellen asked if Reynolds had only had sex twice.

Showcasing why he is such a comedic talent

Reynolds again was ready with another quick answer.

He played along with Ellen’s joke

Without delay Reynolds confirmed that he had only had sex twice with Lively, each time ending in the creation of one of their children.

But then he took it even further

Reynolds then took the joke further than anyone expected.

And decided to troll his wife

With the actor stating that sex with Lively is: ‘a mercenary job you know, it’s just clinical.’

Of course he was only joking

This was all in good humour, with Reynolds not meaning a single thing he said.

After all he is married to Blake Lively, arguably one of the most beautiful and charitable actors working in Hollywood.

So we know he was just being his quirky self

I assume Reynolds actually has very little to complain about.

Ellen was certainly enjoying the comedy

Ellen was obviously having a lot of fun, so she kept pressing the topic of Reynolds and his sex life.

And of course he complied

Reynolds was happy to keep running with the comedic streak.

He even added another punchline

Reynolds even stated that he was hoping for a ‘third’. We assume he meant child, but he could also have been hinting to another sexual encounter with his wife.

He even stated that ‘you need to do ten thousand hours of anything to be an expert.’

Again another jest, not even Deadpool himself would have that kind of stamina.

Then things got emotional

But on a more serious note, Ellen asked the actor how he was adapting to being a father.

And his answer was adorable!

Reynolds admitted that being a father is the best thing to ever happen to him.

Even going on to say that his children have ‘made him a better person.’

Such a sweet guy!

I’m not crying! You are!

But he did pack in one more joke

Before getting too emotional the actor ended with another comedic stab.

Its hard work being a parent

Stating that being a parent is ‘hard…I think of blinking now as tiny little breaks all day.’

Trying to be macho

But we all know that was just the actor trying to keep it together in front of the camera.

If anything this interview has reminded us of how awesome Reynolds actually is.