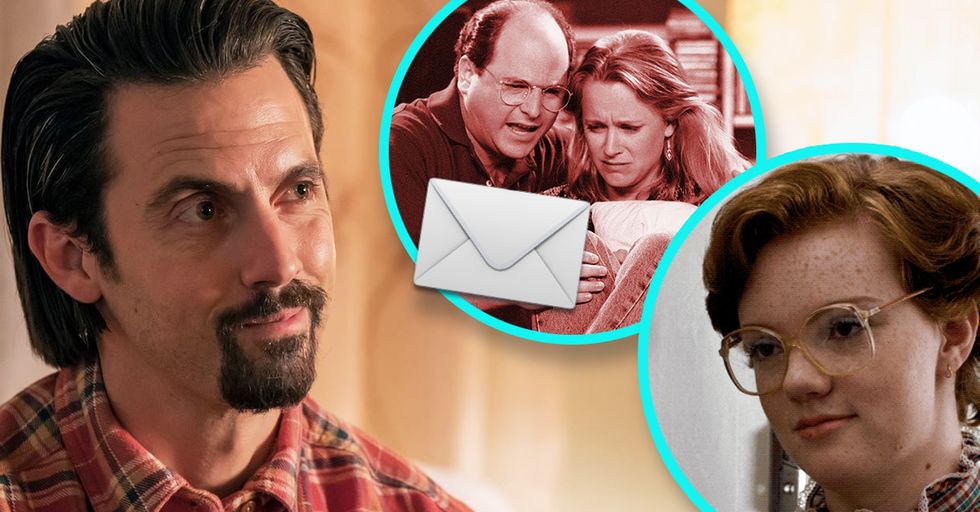 The 20 Most Shocking and Devastating Character Deaths in TV History

Here is your spoiler warning: There are 20 shows on this list. I will spoil at least one character death from 20 different television shows in this list. I'm not going to tell you which shows beforehand.

Proceed at your own risk.

Jack Pearson – This Is Us

The freshest TV character death is the tragic loss of Jack Pearson, the patriarch of the family that's captured the hearts of millions of Americans in This Is Us. People were freaking out prior to the episode — we already knew that a slow cooker sparked and set the Pearson house on fire. But it turns out it wasn't the slow cooker that ultimately did Jack in. It was his devotion to his family and their love for the dog. Jack dies of smoke inhalation hours after rescuing the animal from the house. If you're still wiping away tears from the post-Super Bowl episode, we're here to say stop wiping and let it out, baby. We got 19 more of these to go.

The death of Omar Little in The Wire constantly tops lists of the most shocking TV deaths in history. Shot in the side of the head by a young kid in a convenience store, Omar's death rattled fans of The Wire who'd come to love the character. To this day, Omar's demise is one of the sorest spots for TV watchers everywhere.

You never thought they'd actually kill off McDreamy! But then again, that sort of unpredictability is what makes Grey's Anatomy so great. And gut-wrenching. Derek went through a whole lot of drama before a semi-truck smashed into his car immediately after he'd just saved four other people from a car crash. His death was tragic for everyone involved, but it was especially heartbreaking for fans of the show.

We already knew that Frank Underwood was capable of murder when the second season of House of Cards premiered, and unfortunately, so did Zoe Barnes. She got too deep into investigating Underwood's involvement in the death of Peter Russo, so Frank decided that she had to go. We all audibly gasped when he pushed her in front of that train — it was shocking and delicious and it showed us there was no limit to how far this show would go.

Matthew Crawley's death on Downton Abbey was personally devastating for me not only because I liked the show so much and was invested in the characters but also because Dan Stevens is fine and I did not want to stop watching him. But it was also actually sad when he perished in a car crash immediately after the birth of his son. And now, for the most iconic sitcom deaths of all time...

In the very last episode of Roseanne, Roseanne reveals that the whole series was actually a book based on her life and that she'd changed some key details about her family and experiences. Most notably, Roseanne explained that Dan had actually died after having a heart attack in season eight. The Roseanne reboot is underway, though, with John Goodman returning in his role as Dan, so maybe they'll just pretend that whole death thing didn't happen...

It's not common for a straight sitcom to kill off a character and play it for laughs, but that's exactly what Seinfeld dared to do when they axed George Costanza's fiancée Susan. She died from toxic glue poisoning after she licked the envelopes for the invitations to her and George's wedding. And no one, not even George, particularly cares. It was a bold move for sure and was met with mixed reactions, but there's no doubt that Susan's death is one of TV's most memorable.

Mrs. Landingham is the fiery, hilarious personal assistant to President Bartlet in The West Wing. In the second season of the show, she is killed by a drunk driver while on her way to the White House to show the president her new car. He asked her to come show him the car, and he's deeply affected by her death. The show just isn't the same without her!

The Walking Dead pulled no punches with its gory, gruesome scenes, and Lori's tragic death proved that point. She's in a rough place— about to give birth during the zombie apocalypse in an abandoned prison. Little baby Judith is sliced out of her, but Lori can't handle the bleeding and pain without the help of anesthesia, and she dies. Carl, Lori's son, has to shoot her in the head before she turns into a zombie. And you think your problems are bad!

Most of the debauchery and risky business that goes on in Mad Men happens without any real consequence, but that all changed with the death of Lane Pryce, the British partner at the agency. He racks up a huge amount of debt and eventually loses control, forging Don Draper's signature on a business check. Pryce, who couldn't see a way out of the mess his life had become, hanged himself in the office at night.

Rita's death was so tragic because it was almost avoided. Dexter knew that she was at risk and told her to leave early for their honeymoon. Dexter finds and kills the Trinity Killer, but later realizes he got to Rita first. Dexter finds poor Rita bleeding out in the bathtub, their son Harrison sitting on the floor of the bathroom, crying in a pool of blood.

There were many shocking deaths in Lost, but perhaps the most tragically touching was the joint death of Jin and Sun. The couple had just reunited and promised never to leave each other again when Sun becomes stuck in the submarine following an explosion. Jin gives Jack the last tank of oxygen, and Jin stays with Sun even though she begs him to save himself. They drown together holding hands, and we all cried. A lot.

The Red Wedding – Game of Thrones

As a latecomer to the Game of Thrones world, I had been warned about the Red Wedding, but even then, I wasn't prepared for the bloody massacre that ensued. Poor Robb and Catelyn! The Red Wedding is one of the most shocking and devastating death scenes in TV — daring too because they killed off several major characters in one fell swoop.

Barb became an instant icon in her short time in Hawkins, Indiana. Lonely, shy, truly a good girl, she didn't deserve to die in the Upside Down, but that's, unfortunately, exactly what happened. Barb lives on, though, as a representative for every girl who didn't quite fit in in high school. She's a hero.

Every character on Orange Is the New Black is so nuanced and loved, and they've all been dealt a bad hand, so it's very hard to see them die. When Poussey was restrained and accidentally killed by a corrections officer, it shakes the whole prison (not to mention the people watching the show).

When the actor who played Mr. Hooper (Will Lee) died in 1982, the producers of Sesame Street decided to deal with the issue on the show. They didn't avoid the subject of death; instead, they took it as an opportunity to deal with it in a tasteful and touching way on the show. And that's exactly what they did. They wrote Mr. Hooper's death into the show and taught young kids that death is a natural part of life that happens to everyone. Cue the tears.

No show or movie or painful injury has made me bawl my eyes out the way I did at the series finale of Six Feet Under. That show just really knew how to get to me, and that's exactly what it did when it killed off Nate Fisher in the third-to-last episode of the series. Nate dies suddenly after suffering a brain hemorrhage and spending some time in the hospital. The whole back half of that season is the perfect thing to watch if you're craving a really good cry.

Dr. Greene dies of brain cancer in one of the more tragic TV deaths ever to occur. The melancholy aftermath of his death in the show is scored by  Israel Kamakawiwo'ole's version of "Somewhere Over The Rainbow," and you're welcome because that's all you'll think about every time you hear that song from now on.

Jane Villanueva just can't get a break! She and Michael were finally happy and he was almost recovered from his near-fatal gunshot wound the season before. And then he up and collapses and dies in the middle of the season. Obviously, it's completely heart-wrenching for Jane and just awful to watch her go through the grief process. Michael was the best, and he is sorely missed on Jane the Virgin.

The actor who played Richard Gilmore, Edward Hermann, died in 2014, after Gilmore Girls had gone off the air but before the revival was released on Netflix. The revival honors him in a big way, though (literally, with a giant floor-to-ceiling portrait of him, and figuratively, with a storyline surrounding his funeral in the show). Richard's death hangs over the whole revival and his death is a huge catalyst for Emily's storyline. It's at once a sad and optimistic portrayal of life after the death of a loved one.