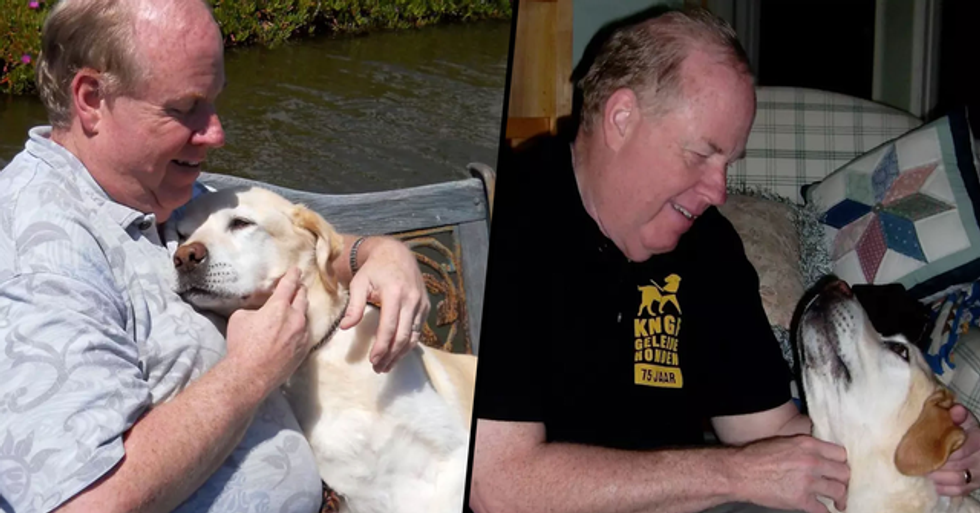 Stories of heroism are still coming out about 9/11 - which was nineteen years ago today.

On this very day nineteen years ago, history was made in one of the most horrific terrorist attacks on U.S. soil that have ever taken place.

This deadly attack was carried out by the terrorist organization, al Qaeda, who ultimately took the lives of nearly 3,000 innocent people and injured 6,000 more.

The attacks consisted of members of the terror group hijacking airplanes around the country...

A total of 4 airplanes from major U.S air carriers United Airlines and American Airlines were hijacked and flown directly into targets. 2 were crashed into both towers of the World Trade Center in New York City, another was crashed into the Pentagon in Washington D.C, and the final flight was crashed into a field in Pennsylvania after crew and passengers valiantly fought back against the hijackers.

Many lost their lives as they were stuck in the towers of the World Trade Center...

There were hundreds of people working on the floors above where the planes hit, and those who weren't killed instantly by the impact were stranded in their tiny offices with nowhere to escape the rapidly burning fire from the jet fuel.

This was a truly devastating sight to see...

People were seen desperately hanging out of their windows and waving t-shirts and rags in an attempt to catch attention and get help.

Nobody imagined what would happen next...

People began falling from the windows, plummeting thousands of feet to their deaths. The hardest thing to accept about this fact is that these poor souls were jumping, rather than falling. They were jumping because they couldn't take the raging heat of the burning towers no longer, and jumping out was their only escape.

This shocked not only the nation but the entire world...

But despite these devastating views, photographers captured chilling images that would go down in our world's history.

And shortly afterward, the Pentagon in Washington D.C was struck by a third plane. A fourth plane in the terrorist plot was hijacked but thanks to the bravery of the passengers on board, it crashed in a field near Shanksville.

September 11th continues to be one of the most harrowing days that our country has experienced...

And every year, without fail, we come together to remember those who gave their own lives to try and save others on that fateful day.

The emergency services of New York came together on that day...

And they didn't stop working around the clock for weeks following the tragedy.

The NYC Fire Department had never seen anything like it.

Firefighters from across the state selflessly ran into the burning buildings in a desperate attempt to save as many lives as possible.

343 firefighters were killed on that day in the line of duty...

And every year since, they have been commemorated and remembered for their heroic and life-saving actions.

It's utterly painful to think about...

And these heroic firefighters deserve to have their memories remembered just as much as they did nineteen years ago.

And alongside these brave men, there are other heroes from this tragic day.

And the story of one, in particular, has captured the internet's heart this week.

She managed to lead owner Michael Hingson, a sales manager for Fortune 500 company Quantum to safety amidst the chaos.

She was sat under his desk like usual when disaster hit.

"I heard a tremendous boom, and the building started to shudder violently, before slowly tipping, leaning over 20 feet," he told the Sunday Express.

"While everything was happening, the explosion, the burning debris, the people in the conference room screaming, Roselle sat next to me as calm as ever."

"I called out to everyone not to worry, that Roselle and I would lead the way. Some people laughed, but the mood was definitely lightened."

"We kept running, and Roselle kept guiding me perfectly. She didn't stop once. Roselle and I are a team, and I was not about to let her go."

RIP to this brave hero, and anyone who lost their lives on this tragic day, too.