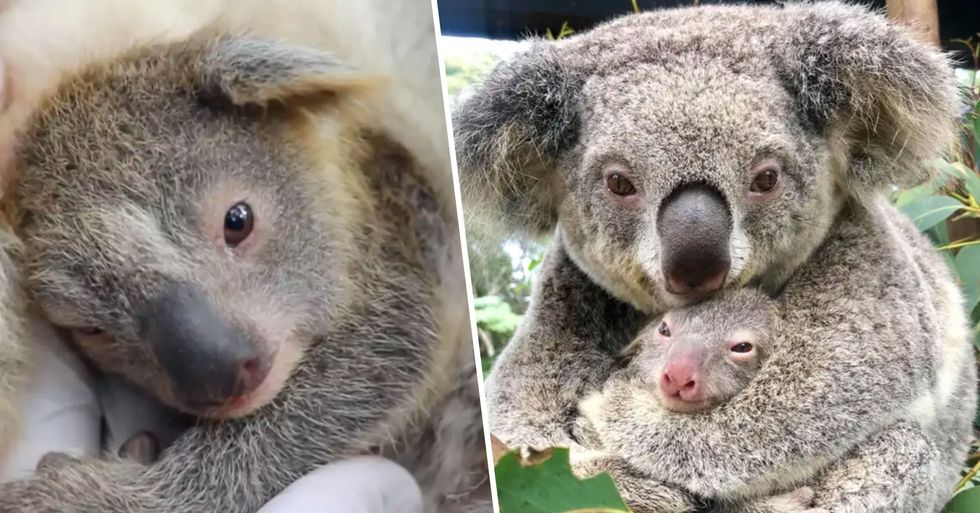 As we all know, Australia has suffered a great deal this year, the bushfires almost completely wiped out some of Australia's indigenous species.

But out of the ashes comes some incredible news, and we just can't get enough of the adorable pictures...

A combination of record-breaking high temperatures and a prolonged drought resulted in one of the worst fires to date.

The country experienced its driest spring on record.

Which was made worse by the country's prolonged drought...

Heartbreakingly, many of Australia's brave firefighters lost their lives in the fight for their country.

This concerned caregivers about their survival rates, considering that a staggering proportion of their natural habitats have been destroyed.

But, it seems there's finally been some good news.

Months after being rescued, surviving koalas are being released back into the wild.

So far, thirteen koalas have now been released back into their natural habitat in the Blue Mountains.

This is the first step of a larger rehabilitation plan for them.

With the hopes of restoring the koala population there.

In a statement, Dr. Kellie Leigh, the executive director of Science for Wildlife, said:

"While they have coped well in care we are delighted to finally send our koalas home. We have been busy assessing the burnt area that we rescued them from, to establish when the conditions have improved enough that the trees can support them again. "The recent rains have helped and there is now plenty of new growth for them to eat, so the time is right. We will be radio-tracking them and keeping a close eye on them to make sure that they settle in OK."

It seems the much-needed turn of good news keeps on coming...

As the Australian Reptile Park has welcomed the first koala joey to be born since the catastrophic bushfire season ended.

And her name is so heartwarming...

They hope she can be the start of a successful breeding season.

"Ash represents the start of what we’re hoping to be another successful breeding season," says Australian Reptile Park Zookeeper, Dan Rumsey. "It was such an incredible moment when we saw Ash poke her head out of her mum’s pouch for the first time!"

Ash is said to be in "good paws" with her mom.

"Ash is estimated to be five months old and is right on track to be emerging from the pouch for the first time," Rumsey adds. Her mother Rosie has shown exemplary parenting skills and we know that Ash is in good paws."

Like many other places, there has been a two-month temporary closure due to the virus.

However, on Monday, June 1, the Australian Reptile Park will be reopening its doors once again. Check out the video of Ash and her mom below...

Guests will have the opportunity to spot Ash and her mum Rosie, along with all the other koalas.

Is this the beginning of a brighter start for Australia?

Let's hope that this news is only the beginning of a new chapter for the devastated country. Keep scrolling for more baby koala news, and find out why one little guy had to have a tiny cast. The pictures are adorable...