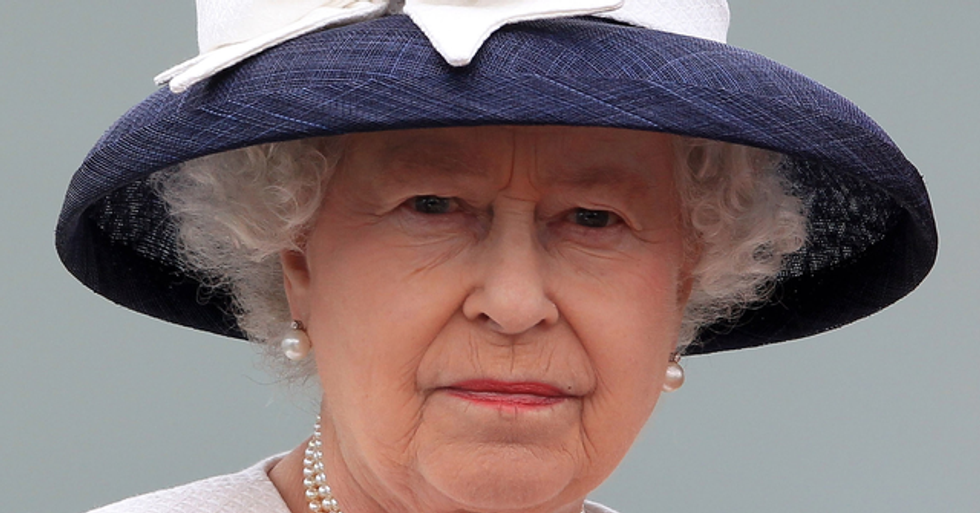 A new portrait of Queen Elizabeth has really got people talking, for all the wrong reasons.

But it's her heartbreaking response to the portrait that has many feeling worried...

Royal portraits are a traditional part of the monarchy.

For centuries they have been used to shape how we see royalty.

But, a new portrait of the Queen has been causing quite a stir.

It's safe to say, people think it's really missed the mark...

So, of course, people were excited to hear that a new portrait of the Queen was going to be released.

Fans couldn't wait to see what it had turned out like.

The Queen herself hopped on Zoom for the official reveal yesterday.

But, it seems despite what the Queen thinks, when fans finally got a look at the anticipated portrait... they were far from impressed.

The portrait has been ruthlessly mocked by social media trolls. Read on to take a look for yourself...

And they were strong, to say the least.

Not everyone was overly keen on the picture...

In fact, this may be the understatement of the year.

Some pointed out more specific aspects they didn't like.

This was a popular one.

Some commented on the overall "lifeless" vibe of the portrait.

It seems the portrait was something of a let down for royal fanatics.

And people really didn't hold back, with some saying the Queen looked like she'd been CGI'd. We can't help but laugh.

Some thought the artist completely missed the mark.

And that something was just "off" about the way the Queen looks.

Before going on to describe how generally terrible the portrait is. Uh-oh.

While some people could find the odd nice element, like the colors...

Tons of people pointed out that the Queen kind of looked "cartoonish"... not a good look!

Some tried to offer an explanation for this.

According to this guy, the artist focused too much on the background causing the facial features to get lost.

The general consensus was not good.

Take a look for yourself below:

But it's the Queen's response that has many feeling scared.

When she saw the painting, she made a revelation that has some feeling worried.

The Queen has been self-isolating in Windsor Castle since March.

And is set to travel to Balmoral in Scotland over the summer.

But upon seeing her painting, she expressed "hope" she'd see it in real life.

Which has left many wondering whether she'll ever return to Buckingham Palace.

What does the future hold for the Queen? Want to learn about another tragedy in her life? Scroll on for the details of her relationship with baby Archie ...
20%