The Rock Test: A Hack for Men Who Don’t Want To Be Accused of Sexual Harassment | 22 Words 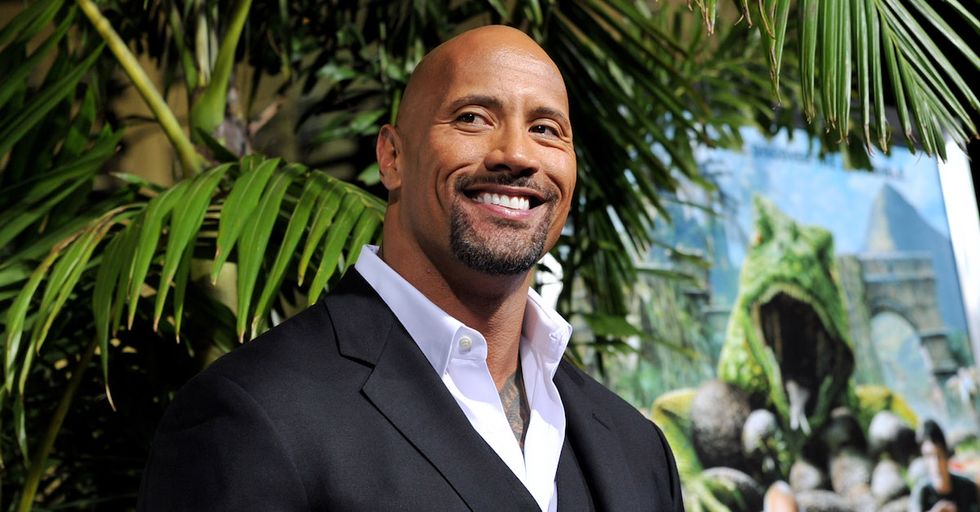 The Rock Test: A Hack for Men Who Don’t Want To Be Accused of Sexual Harassment

Are you a man confused on how to treat the women you work with? Do you feel like if you can’t say or do *anything* you don’t know what to say or do at all? This life hack will have you treating women like people in no time.

From Harvey Weinstein to like all of Uber, it seems each day a wealthy and powerful man is being brought down by accusations of sexual harassment or assault.

And the New York Times recently reported that men are becoming less likely to mentor females out of fear: “A big chill came across Silicon Valley in the wake of all these stories, and people are hyperaware and scared of behaving wrongly, so I think they’re drawing all kinds of parameters," said a venture capitalist who spoke anonymously for the same reason. Some are avoiding solo meetings with female entrepreneurs, potential recruits and those who ask for an informational or networking meeting. While navigating professional relationships can often require that dreaded thing known as “any amount of work at all", there is hope. You see, by following this one simple rule, you too can interact with women as people.

It’s as clear cut as this: Treat all women like you would treat Dwayne “The Rock" Johnson.

I know, this sounds weird, but trust me, this is a visualization exercise that will work wonders in your dealings with the women in your workplace. When a woman approaches you, just replace her in your mind with The Rock. Then, behave accordingly. Still confused? Let’s try some dry runs.

Situation 1: Getting Coffee Karen is a friend of a friend who recently moved to your city and wants to network in her chosen field, one in which you also work. She’s asked you if you’d be willing to get coffee with her, so she can “pick your brain." There’s just one problem, Karen looks like this:

Oh shoot! She’s pretty! In the face, even. What to do?? I mean, you know it’d be inappropriate to treat the coffee meeting as a date, since her clearly stated intentions were professional. But on the other hand, she’s blonde, and so was your last girlfriend! This is so confusing! What a minefield you are in.

But navigating this sticky situation can be made easy by employing The Rock Test. Close your eyes, take a deep breath, and when you open them, pretend Karen looks like this:

Wow! Karen looks pretty tough and strong and sweaty! She looks like a person who is working very hard to achieve her goals, having left behind a situation that clearly wasn’t working, headed for bigger and better things. Maybe ask her about that? But definitely don’t hit on her. It looks like she could kill you with the chair you’re sitting on.

Situation 2: The Meeting Amanda is your business colleague who has a few questions about the big project your department just took on. She’s asked you for a one on one meeting to go over some specifics. There’s just one problem:

Oh geez, Amanda looks not only fit and attractive and young, but also like she isn’t wearing a wedding ring. What if she’s open to talking about her (presumably) adventurous sex life, and yours?! Finally, someone to share your secret latex fetish with! How on Earth can you hope to keep this meeting, that has nothing at all to do with any of that, focused for a whole 45 minutes?

Again, close your eyes, clear your mind, and think of Amanda like this:

Wow! It looks like Amanda has been working really hard, but just needs some help with a small snag she’s hit. Luckily she knows enough to ask for assistance when she needs it, what a professional! You’re lucky to have Amanda in your corner. Unfortunately, it definitely looks like she has no time at all to hear about your latex thing, no matter how much those gloves turn you on.

Situation 3: The Outing Your co-worker Jennifer and her team just launched a successful new project, and they’ve all invited you out for some drinks after work to celebrate. There’s just one problem. Yep, you guessed it:

Quickly replace this image in your mind with this:

So there you go! You’ve learned the quick and easy way to interact with women without behaving inappropriately.

Simply offer them the same respect, admiration, and healthy dose of fear you’d offer anyone who could completely destroy you should you deserve it.