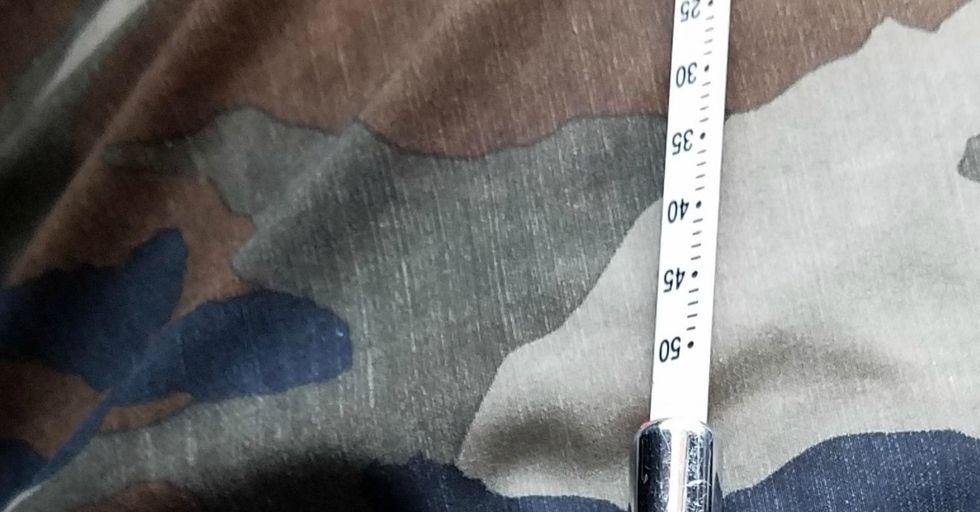 The responsibility of raising kids is, to say the least, tough. Caring for and protecting younger humans comes with stress, and that's not to mention the added pressure of guiding them toward a good, solid, and (preferably) non-criminal path. It doesn't help that the world seems to do its best to unravel solid parenting at every turn.

Then again, some things aren't always as bad as they appear to be.

Good moms and dads everywhere always have one eye out for dangers that might hurt their offspring, but one mom recently jumped the gun just a tiny bit. The results were hilarious for the internet — and educational for parents who aren't totally sure what kids are smoking out of these days.

Parenting means always being on your guard.

Along with feeding, sheltering and clothing, parenting comes with one standout responsibility: keeping your child alive. It's the all-consuming task of every single day, and the thing that keeps you up at night. Mainly because there's no shortage of dangers out in the world. From questionable strangers to serious allergic reactions, keeping life's perils at bay is a full-time job.

When kids are little, it's a matter of keeping a close eye on wandering munchkins.

Sure, those first years with toddlers and newborns are tough. Exhausting, actually. But the silver lining to that chaos is that serious danger is usually preventable. Just gate off everything in the house, put a lock on every door, and strategically place baby monitors everywhere. And when you do go out in the world, get a firm grip on any toddler hands to keep those little tornadoes from obliviously escaping across parking lots and grocery stores. After that, you're good to go.

Grade-school kids tend to up the ante a wee bit.

By the time kids hit kindergarten, they're much more self-reliant and also more mobile in the outside world. Gone are the days of being able to fence them in all day. Now, it's all about school projects, making new friends, and a whole other host of things parents can't totally control. Out come the talks about not talking to strangers on the walk home and what to do if bullies become a problem.

The teenage years do a number on parents. That just-before-adulthood phase is enough to give moms and dads everywhere a run for their money. Sleepless nights are just the start of it. High school, driver's licenses, and the brand-new terror zone known as "dating" are all enough to push even the best parents, raising the most honest kids, to the brink of a nervous breakdown.

Compounding the difficulty of the teen years is peer pressure.

We all know making friends in high school can be tough. And when you're a parent, you just want your kids to find friends who won't tempt them with alcohol, drugs, or worse. Every mom and dad realizes that ultimately, they can't be there to say "no," for their child, but it doesn't stop them from doing what they can to minimize the risk.

Recently, when one mom thought she'd caught her kid in an illegal act, she was determined to do something about it.

Making its rounds on social media is the story of a Reddit user whose mom was on the ball and ready to combat any bad influence that came her son's way. As the user, deathgrandpa, explains it, his mom brought him an object and furiously demanded to know why he 'd turned to drugs. He states, "Got chewed out by my mom because I'm a pot head and she found my 'pipe'."

It was a close call, but the only thing getting high in this scenario was a set of tires.

To the delight of Reddit users, the accused pothead posted a photo of the "instrument" in question, and the response was immediate and hilarious. As for deathgrandpa's mom, we can only assume she was relieved to find out her son isn't doing drugs. As an added bonus, she even had the option of keeping the pressure gauge and heading out to check her tires with it.

The followers of the "pipe" thread couldn't help but outdo one another in the joke department.

While it was apparent that the original poster's mom was obviously bringing the "pipe" to her son's attention because she cared about his well-being, that didn't stop Reddit users from cracking jokes about the unfortunate incident. Puns abounded and tire jokes became all the rage. User Spatlin07 was more than happy to throw in his slightly morbid take on the situation.

Others could only take a guess (jokingly) at the mom's motivation.

Such a hilarious mistake had many of Reddit's users wondering how the poster's mother could possibly have mistaken the tire gauge for something illegal. It only takes a cursory glance at the thread to realize that the only person overdosing on anything here is Reddit user CouchToad, who threw a pileup of puns into the mix.

Apparently, it's not a totally unheard of mistake.

Although everyone had a good time making fun of the silly misunderstanding, another common theme emerged in the thread. Pressure gauges do tend to be mistaken for pipes, at least to people who've never used a pipe or a tire gauge. Another user, faeriecute, explained that moms aren't the only ones who make the mistake — teens who don't know a thing about car maintenance have been known to as well.

Some people just wanted to state the obvious.

Not every person who took note of deathgrandpa's post was out to throw down puns. We agree with this poster that while this mom is certainly no mechanic, it sounds like she's just a good parent who loves her son and wanted to make sure he was OK. Our hats are off to parents everywhere for asking the hard questions to keep their kids are safe and happy. Even if it means looking a little silly sometimes.