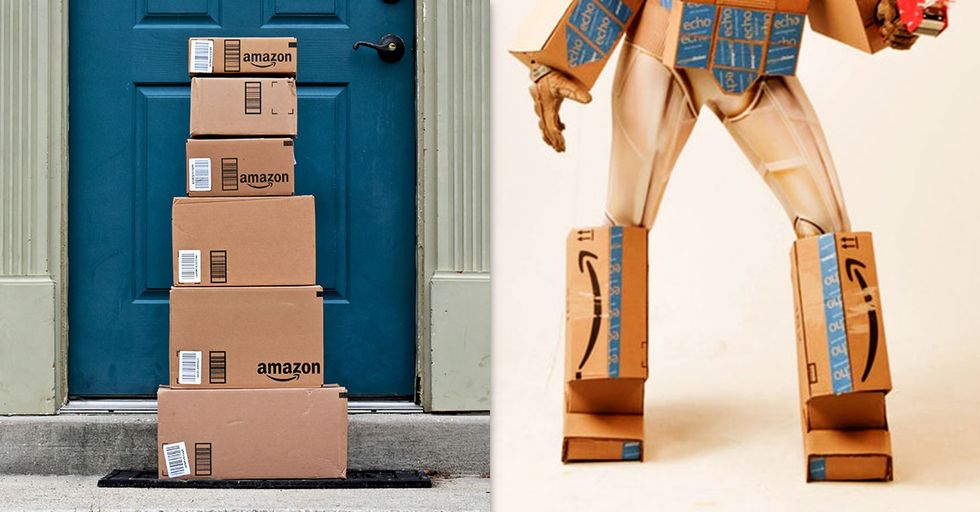 The best Halloween costumes are often the most clever ones. You don't have to spend a lot of money or spend hours on an elaborate makeup job to absolutely kill the costume game.

Caron Arnold knew this when she dressed up as Amazon Prime for Halloween last year.

Arnold posted her genius getup on Reddit, where it obviously went bonkers because she totally transformed into an Amazon version of Optimus Prime the Transformer. Caron Arnold truly became Amazon Prime.

And of course she won the office contest. Her costume is genius.

The above is a picture of Amazon Prime defeating another top contender, NintenDUDE, but Arnold's Amazon Prime is clearly the better costume and the superior pun.

This just goes to show you that all you need to win Halloween (which is definitely a competition, by the way) are a few cardboard boxes and some imagination.

Give yourself a high five, Caron. You deserve it.