Tourists Headed to the U.S. Warned to Watch out for Random Shootings | 22 Words 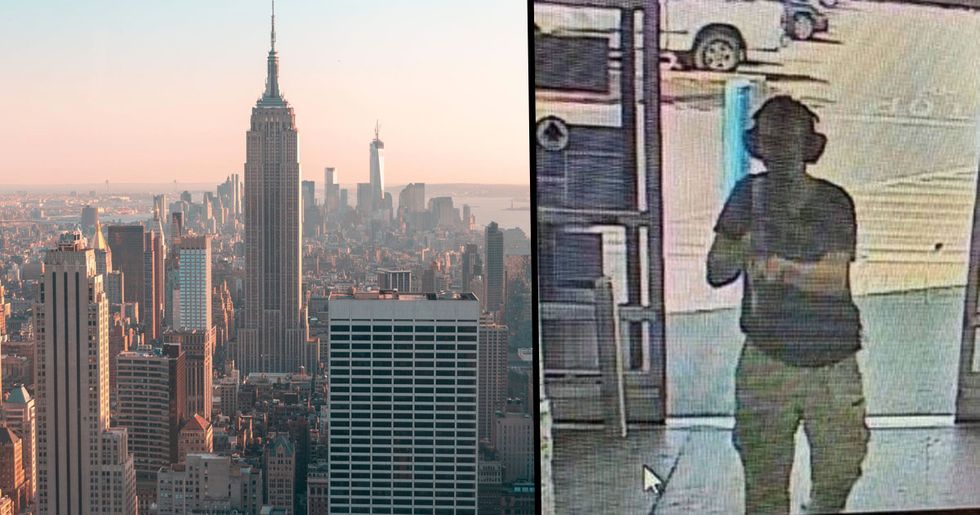 Tourists Headed to the U.S. Warned to Watch out for Random Shootings

In the wake of one of the most horrifically violent weekends in recent history, the USA is still struggling to figure out how to begin the healing process. As those in charge continue to drag their feet about making any sort of actual law reform, and "thoughts and prayers" continue to provide little in the way of comfort and protection, it seems other countries have started to take note.

In a recent travel warning issued by Uruguay, the obvious mass-shooting problems America is facing was finally shown from an outside perspective - and it's a harsh reality for the USA to face.

This weekend saw one of the worst weekends for terrorism in the United States in recent history.

Mass shootings have been a worrying aspect of life in the US for a long time, but it seems the threat is only getting worse in recent months.

The death toll stands at over twenty people, with many more injured by the racially motivated attack.

The attack took place at a Walmart.

The shooter, later identified as Patrick Crusius, targeted the area because of its high Hispanic populations. Heartbreakingly, the store was filled with parents and kids shopping for back to school essentials.

And the city is still reeling after such a horrific act of violence (born entirely out of prejudice) has shaken residents to their very core.

Those in charge seem unwilling to label this incident as what it was - an act of white supremacist terrorism.

This wasn't the only mass shooting in the USA over this weekend. The second in just twenty-four hours took place in Dayton, Ohio.

The incident took place in a popular nightlife area of the city.

A gunman opened fire and killed nine people - one of which was his own sister. Even more frightening? He was disarmed in around thirty seconds, which goes to show how bad this incident could have been.

The shooter was identified as twenty-four-year-old Connor Betts.

As yet, it's unknown exactly what motivated his horrific attack. But one thing's for sure - if he hadn't been able to get hold of a gun, then the death toll would be far lower.

But it seems those in charge are dancing around the issue.

The President of the United States Donald Trump has so far blamed video games, "glorification of violence," and mental illness for the shootings - alongside claiming Obama never faced such blame. Great.

Trump has also offered his infamous "thoughts and prayers" to the two wounded cities. Which is all well and good - except he's the one with the power to actualize change.

Many have noticed a pattern.

After a tragedy, many in charge offer vague sympathies - but they don't actually change anything. For most, it's clear that the only thing that'll actually make a difference is a huge legal reform.

But after this weekend, people are even more angry.

How many more incidents like this will have to take lives and ruin families before something is finally done?

Because it seems obvious what the issue is.

The reason gun violence keeps happening is because of the bizarre availability of guns in the USA. Most "developed" countries have some aspect of racial tension, or people with mental illness - but because guns aren't readily available, they have much lower rates of homicide.

And when pushed on the issue, Trump remains typically stubborn.

While those affected by the tragedies cry out for reform, Trump claims it's not something anyone wants right now.

And, in fact, even more frightening details have been unearthed.

Like, for instance, that not only is Trump not making it harder for people to get hold of guns - he's in fact working to make it easier.

And looking at things from an outside perspective makes the situation seem all the more dire.

Because it seems if the USA can't see what's happening right under its nose, the rest of the world can.

The biggest critique so far?

It comes in the form of a travel warning issued by Uruguay's Ministry of Foreign Affairs.

It offers a pretty harsh critique of the current situation in the USA.

It shines a light on the US as a violent place, commenting on "hate crimes, including racism and discrimination, which cost the lives of more than 250 people in the first seven months of this year."

It also draws attention to the sheer volume of these incidents.

And a contrast has been made between the USA and other countries.

Compared to other high-income countries, citizens of the USA are twenty-five times more likely to be a victim of gun violence.

And looking at this list does beg the question, what exactly is the US doing wrong?

Here's the full statement, which was posted on Twitter.

Uruguay’s foreign ministry has today issued a travel warning for the US: • “growing violence” fuelled by “racism a… https://t.co/pFOYOlZ0vM
— Laurence Blair (@Laurence Blair)1565034436.0

"Given the inability of the authorities to prevent these situations, due to among other factors the indiscriminate possession of firearms by the population, it is especially advisable to avoid places where large concentrations of people occur, such as theme parks, shopping centers, artistic festivals, religious activities, gastronomic fairs and any kind of cultural or sporting events. In particular, it is recommended not to go with minors to these places," it reads.

Or, to put it more bluntly:

I believe this is the diplomatic way of calling Trump’s US a “shithole country”
— Laurence Blair (@Laurence Blair)1565034702.0

But Uruguay isn't the only country to sit up and take note. Venezuela, too, has issued a statement, saying the ongoing violence "lies in the inexcusable indiscriminate possession of firearms by the population." It's "especially advisable to avoid places where large crowds occur. In particular, it is recommended not to attend these places with minors."

There have been yet more statements on the current situation in the USA.

Japan's foreign ministry has stated, "Japanese residents should be aware of the potential for gunfire incidents everywhere in the United States, a gun society, and continue to pay close attention to safety measures." China's ministry of tourism said, "shootings, robberies and thefts have occurred frequently in the United States. The Ministry of Culture and Tourism reminds Chinese tourists to fully assess the risk of travel to the United States, keep abreast of information on public security, laws and regulations, and improve their awareness of safety and security."

So what have we learned?

Perhaps it takes an outsider's perspective to get a better look at what's happening. But either way, we hope this will finally be the impetus for some sort of legal overhaul, for the good of the US's future.