Once You See What Doctors Pulled Out of This Woman’s Eye, You Might Never Sleep Again | 22 Words 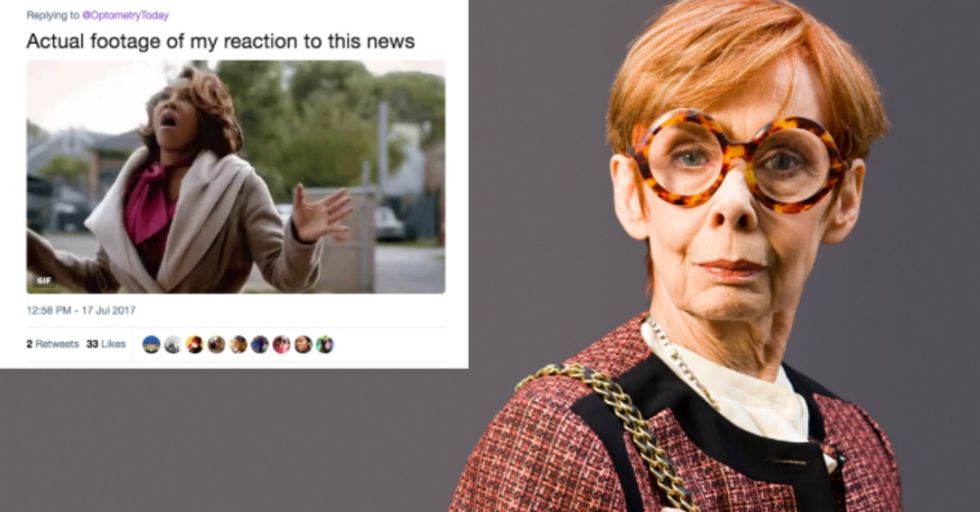 Once You See What Doctors Pulled Out of This Woman’s Eye, You Might Never Sleep Again

Have you ever gotten something stuck in your eye that wasn't supposed to be there? It hurts, right? You tear up, rub it red, and maybe just maybe, you'll find the culprit — a speck of dust or an errant eyelash.

So when a 67-year-old woman went to the doctor for cataract surgery, it was more than a little surprising to discover that she had a number of foreign objects in her eye. Many foreign objects. This is one of those times when it's impossible to hyperbolic: This story will make you incredulous, nauseated, and baffled all at the same time.

Consider this your dose of gross for today.

A 67-year-old woman in the U.K. was being prepped for cataract surgery when doctors discovered 27 contact lenses in her eye.

TWENTY-SEVEN. Contact lenses. In one eyeball. WHAT WHAT WHAT. The British Medical Journal reported that the woman hadn't been to the eye doctor in a while and had no idea they were in there. Optometry Today reported that she believed the discomfort she was feeling was "due to dry eye and old age."

Howwwwww? How do you lose 27 contacts in your eye? If I so much as have a scratch on one contact, I can't claw it out of my face fast enough. How do you not notice more than two dozen contact lenses in one of your eyeballs?

Excuse me while I gag forever.

Doctors initially found a clump of "17 contact lenses bound together by mucus" in her right eye in November 2016. As if that wasn't enough, they then went on to discover ten more lenses in the same eye.  In case you weren't counting, that's 27 lenses. In the same eye. 27. Same eye. Just saying. Guess the good news is she didn't need cataract surgery?

Rupal Morjaria, the specialist trainee opthalmologist who was part of the operating team, told Optometry Today that they "were startled by the discovery."

"None of us have ever seen this before," she said. I'll say! This seems unprecedented. "When [the patient] was seen two weeks after I removed the lenses," Morjaria continued, "she said her eyes felt a lot more comfortable." Hmm, I wonder why. Morjaria told Optometry Today that they made the case public because they had previously not believed it was possible to have so many lenses in one's eye without showing symptoms. Well, now we know! So great that we know now. I'm really glad we know.

This woman has a point. Contacts are hard to use! This woman should compete in the contact lens Olympics or something.

Yeah, this seems about right. Before you show this story to someone else, make sure there's a fainting couch nearby.

Mr. Bean's face has the perfect expression. He seems to be wondering, "WHAT? HOW? WHYYYY?"

This GIF is my reaction exactly. Now excuse me. I have a gag reflex to calm down.