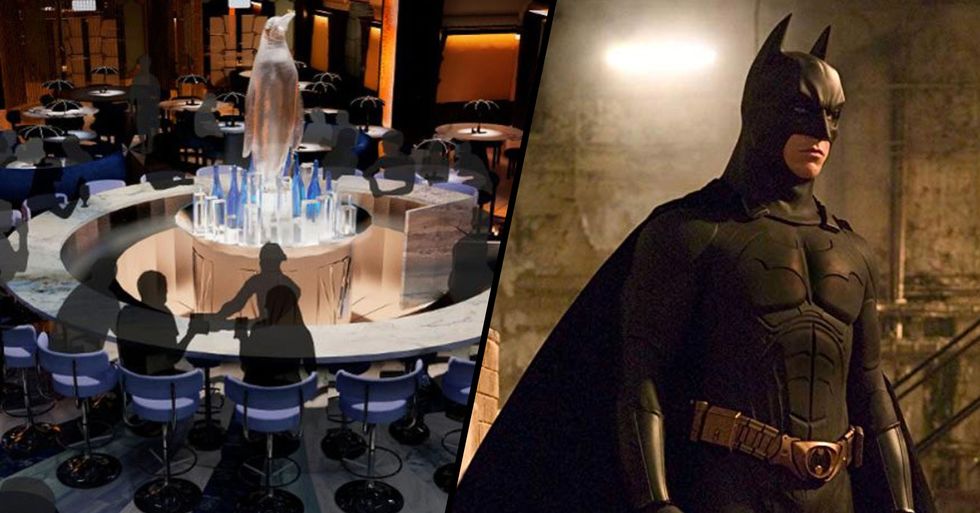 But, today, we find ourselves in a situation wherein more actors have played Batman than there are bat-tools in the bat-utility belt. Most recently, the big screen Batman was Ben Affleck, the little Boston Boy, who played the only Batman to ever whip Superman's ass.

Since Robert Pattinson entered the bat-cave as the newest Batman, we've been eagerly waiting to see who will be cast alongside him, especially who will be stepping in the shoes of the iconic villains.

But for those who can't wait for the new movies, you're in luck. There's an all-new immersive Batman experience hitting London, UK soon.

We Batman fans have had a rough time lately. Justice League was a bit of a mess and seeing Batman v. Superman was maybe the worst I've ever felt in a movie theater. In fact, not since 2012's The Dark Knight Rises have we seen a truly great Batman on screen. That Batman beat up Bane, climbed out of an inescapable pit prison, and flew a giant bat-plane over Gotham. That movie was amazing.

And it's not his fault. The guy was done a disservice by his script and director, because, Ben Affleck was a great choice for Batman — he's both moody but very likable! You can buy him both, as a vengeful vigilante, and kind of a hero.

When it was announced that the follow-up to Zach Snyder's positively wretched Man of Steel would be Batman Vs. Superman, it was hard not to be excited. But ultimately, it turned out to be the movie equivalent of a trust fall at a company retreat. Instead of catching you, however, your coworker lets you fall and then drops a Macho Man Randy Savage-style elbow drop on your stomach.

Marvel laid the groundwork — they took 4 years to give each one of their major superheroes their own movie before they teamed them up in The Avengers. But DC? They moved faster than The Flash to get their superhero team-up into theaters.

(Plus, there was that weird Superman mustache bit)

Because the initial cut of Justice League came out so terrible, production house Warner Bros. immediately ordered re-shoots. Unfortunately, Superman actor Henry Cavill had already begun shooting Mission: Impossible Fallout, which required a mustache. That means there are some scenes in Justice League where Henry Cavill's mustache is Photoshopped out. It is weird and it is noticeable.

Those 3 movies were, in their own little ways, perfect. What Batman Begins lacked in villains, it made up by having the most interesting and grounded Batman origin story we'd ever seen, movie or comics. The Dark Knight is maybe just overall the best movie ever made, with Heath Ledger playing one of the most iconic villains in movie history. Joaquin Pheonix has done a good job playing the newest Joker, though.

(And really, how dare we Batman fans ask for more Batman movies after those 3 nailed it.)

The "we've seen enough Batman, give us new movies" position is one I've taken in my head. In my heart, I want a new Batman movie, well, every 3 weeks, if I'm being honest.

Batman is a tough role since you have to, not only be a good Batman...

Revealing the inner truth of a billionaire who goes out at night to beat up bad guys is a tough ask for any actor. Remember, at the core of these incredible action movies that feature fighting The Penguin and driving a bat-mobile is, ultimately, a frightened, broken child.

The Twilight saga so consumed this guy's career that I honestly forgot he was the first death in the Harry Potter series. Of course, his time playing Edward Cullen is what we're gonna talk about!

The Batman is being directed by the guy who did Cloverfield, a shockingly fun handicam-shot movie about people running through the streets, avoiding a Godzilla wannabe. If he can pull emotions out of a crowd of people screaming on a falling bridge, he can easily pull emotions out of people already so emotionally damaged they put on costumes with question marks all over them.

There was one question that everyone was asking. Who's going to be playing Batman's on-and-off almost girlfriend slash wife, Catwoman? Yeah, from the comic book, we know the two have a pretty turbulent relationship, so that needs to be portrayed well on the big-screen.

But I'm just very excited to see Zoë take on the part. I'm sure she'll bring a fresh feel to the character. Apparently, the role involved a grueling audition process to secure the part in the upcoming film.

Other actresses who were competing for the part included the likes of Ella Balinska and Eiza González. So yes, Kravitz must have been exceptional during her audition. After a quick testing period alongside Robert Pattinson, it was announced that she had secured the role.

And then be transformed into the villainous Two Face during the sequel - which many superhero fanatics are predicting will be heading our way in 2023 or 2024.

And more news has broken in regards to this star-studded cast...

Colin Farrell has been confirmed to step into the shoes of The Penguin.

The Irish actor has played his fair share of characters...

The actor, who is best known for his roles in S.W.A.T. and Daredevil, is set to return to the comic book world for the first time since 2003.

It's safe to say that everyone is thinking the same thing...

How on earth will they transform Colin Farrell into the short, fat, and angry villain that is The Penguin?

We have been given a sneak peek...

And going from this glimpse, it's looking like Farrell is set to do a pretty good job of portraying The Penguin.

But he has some big boots to fill...

Danny Devito's portrayal of the villain back in 1992 in Batman Returns was hailed as one of the best performances of The Penguin, so only time will tell to see if Farrell gives Devito a run for his money.

But if you can't wait?

Well, a recent announcement has the internet feeling excited.

It's set to be in London on 77 Brewer Street, near Piccadilly Circus.

So far, only one picture has been released.

But if this is anything to go on, it's going to be a must-visit for any Batman fan. We'll be booking in advance! Want more Batman content? Scroll on for the sneaky appearance he made in Joker.