'You' Season 3 To Restart Filming This Fall | 22 Words 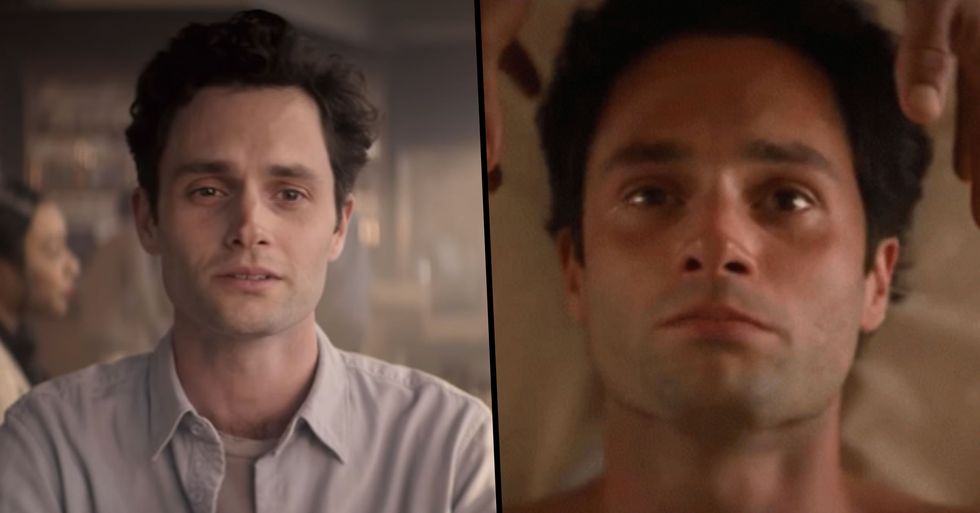 'You' Season 3 To Restart Filming This Fall

The pandemic has delayed production of many of our favorite shows, but it seems that filming for the highly anticipated You season 3 will officially begin again, and we have some hints about what to expect...

It's good news for fans of Netflix's You.

We finally have an update on season 3 and it looks like there's a lot to be excited for.

The smash-hit series first hit our screens all the way back in 2018.

The second series of You was based on Kepnes' follow up book.

The reviews came in and people well and truly raved about the second installment.

So, naturally, fans are eagerly awaiting news on season 3.

Sadly, however, due to the pandemic, filming of the upcoming installment was put on hold.

But this week there's been some good news.

An insider confirmed to Ladbible that the show will resume filming this fall.

Despite the delay in filming, the show's co-creator Sera Gamble didn't shy away from offering a few hints on what we can expect from the third offering.

And it looks like we're in for a treat.

If you cast your mind back to the season 2 finale...

Gamble explained that "there's lots to come" with the new mystery neighbour spotted at the end.

Gamble made the revelation during a virtual chat with Penn Badgley.

The pair were re-watching and chatting about some of the best moments of the hit show so far, including that final scene of season 2. "It's pretty obvious when we were filming this that we were careful not to show too much of her because that role hasn't technically been cast yet. But there's lots to come with that neighbor," Gamble revealed.

Fans of course have their own theories as to what will happen.

Especially after hearing that final voiceover from Joe in which he says: "This is just the beginning. Because this is where I had to be to meet you. "There you were with your books and your sunshine, so close but worlds away. I will figure out a way. A way to get to you. See you soon, neighbor."

Some might think this is just a way to get people ready for his next victim.

But one fan has a very different theory... that the woman is actually Joe's mom. "I'm telling y'all the woman at the end is going to be Joe's mom and not a new girl he's obsessed with," the wrote on Twitter. "I think she disappeared and started a new family and Joe finally decided to track her down for obvious reasons... He's absolutely stalking his mom in S3 #YouSeasonTwo."

As of now, there's no release date for season 3.

But, it's reassuring to know that work is well underway. You Season 1 & 2 are available to stream on Netflix now. While you wait, scroll on for all the details of the upcoming Gossip Girl remake. There's someone very exciting set to be reprising their role...